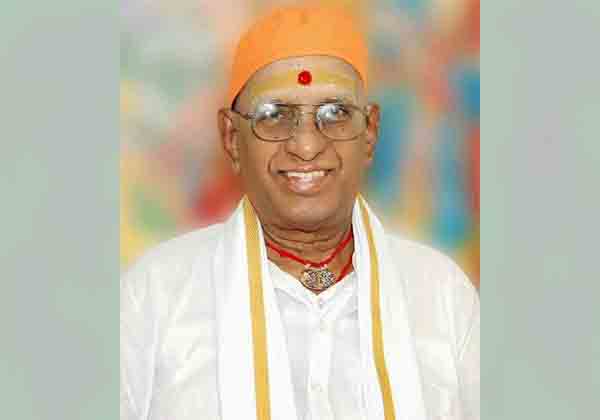 The founder President of Hindu Munnani Sri Rama Gopalanji was admitted in Sri Ramachandra Hospital, Chennai a few days back as he had difficulty due to mucus. The initial test indicated –ve with regard to corona. But subsequent test confirmed corona +ve.

The doctors tried their best for the last two days to bringing him out of the disease. Sri Gopalji was gifted with a fighting spirit. He literally escaped from the jaws of death when he was attacked by terrorists in 1984. As a result, this time also lakhs of Hindu Munnani and RSS workers fondly hoped that he will come out from Corona also.

However due to age factor (as he is 94 years) the treatment did not yield the desired results and his dedicated life came to an end today.

Sri Rama Gopalan was born on 19th September 1927 in Sirkazhi in Thanjur district. After finishing Diploma and while studying AMIE he joined RSS. He came out as a Pracharak (full time worker) of RSS after resigning from the Electricity Board, where he was working.

Taking into account the anti-Hindu forces prevailing in Tamilnadu he was given the responsibility of starting Hindu Munnani in 1980.

He toured extensively the whole of Tamilnadu for the growth of Hindu Munnani. One can say that there was no area in Taminadu untouched by him. In 1984, he was attacked brutally at Madurai railway station.

As a result he had a deep cut on his neck and head. In order to cover the scar on his head he started wearing saffron cap from then on. Undeterred by the attack on him he worked with tremendous zeal and started many branches of Hindu Munnani in various places. It was because of his tireless effort Hindu Munnani has grown like a banyan tree in Tamilnadu.

Shri Ramagopalan ji was instrumental in Hindu consolidation through Ganesh Chathurthi celebrations in Tamilnadu. He created awareness among Hindus on conversions, Gau-Seva, protecting Hindu Rights, condemning the divisive thoughts being spread by anti-national elements. When conflicting views emerged claiming authority of science on Sethusamudram Ship Canal Project on ‘Natural’ or ‘man-made’, he thwarted the so-called secularists debate and firm on no account ‘Ram Setu’ should be destroyed.

His life is our path. The organizational work is the best respect that we can pay to him.