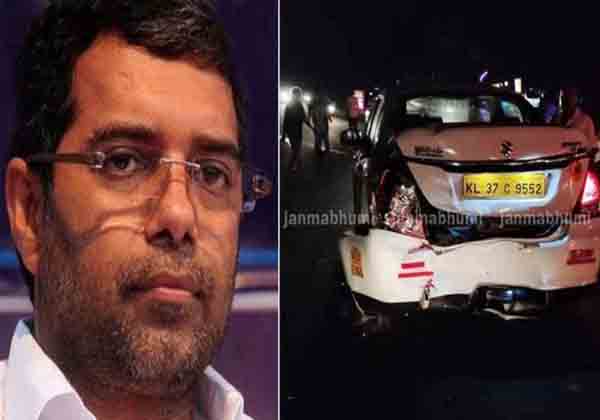 Abdullakutty’s car was hit by a truck in Malappuram while he was on his way to Kannur from Thiruvananthapuram. The truck driver identified as Susail, native of Vengara in Malappuram, has been arrested and a case has been registered at the Kadambuzha police station. The contract lorry carrying goods for public works hit Abdullakutty’s car. The accident is suspected to be a planned one and he had alleged that the truck hit his car twice.

Later, Abdullakutty said that there was an attempt to manhandle him at a tea shop, just before the accident happened.

The Kerala Police have registered an attempt to murder case based on the complaint of a Yuva Morcha worker from Kannur, who accompanied the BJP leader. “Two vehicles who chased our car later rammed into our vehicle. However, we managed to flee from the place. Initially when we stopped at a restaurant few people verbally abused us and then later our vehicle was targeted. I have filed a complaint,” police said.

According to the latest reports, the truck driver identified as Susail, a Malappuram native has been arrested in connection with the incident.

Abdullakutty was appointed as the National Vice President of the Bharatiya Janata Party last week. A two-time CPM MP and two-time Congress MLA in Kerala, Abdullakutty joined the BJP in 2019. He was ousted from the Congress for praising Prime Minister Narendra Modi on his electoral success.