“Kerala, only state where all Muslims are getting the benefits of religious reservation”: Pinarayi Vijayan

Unlike most of the other states, all Muslims, irrespective of their social and economic status, are categorised as OBC in Kerala 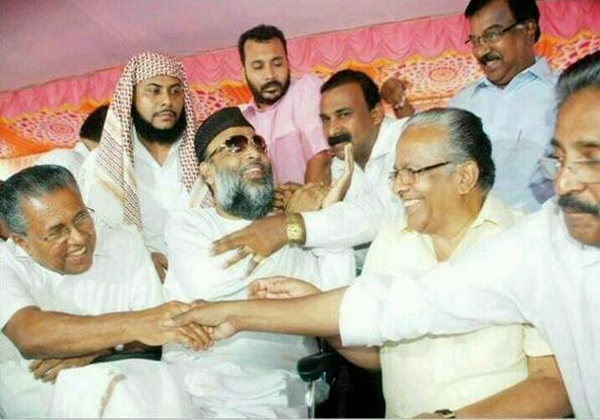 Thiruvananthapuram: Kerala Chief Minister Pinarayi Vijayan on Thursday said that all Muslims in Kerala, unlike other states, are getting the benefits of reservation. He was reacting to the Indian Union Muslim League (IUML), which is now protesting against the state government on the issue of implementing the new reservation policy of the NDA government which offers 10% reservation in government jobs for economically disadvantaged persons from general category. In Kerala, members of forward caste communities among Hindus and Christians are the major beneficiaries of this decision.

The Lok Sabha had passed the Constitution (124th Amendment) Bill, 2019, to provide 10% reservation to the poor among the forward castes, keeping the existing 50% quota for SC/ST and OBCs intact.

However, all Muslim organisations in the state led by the Muslim League, came out in protest against the government’s decision. The Muslim League is the second largest alliance partner in the Congress-led United Democratic Front (UDF).

“The League should not forget, ‘Indian Union’, in its name while taking such an unwelcome stand,” Vijayan said.

“The IUML should realise that Kerala was the only State that accorded backward class reservation for Muslims. Muslim League should take a look at the situation in other states where the situation is different for Muslims. In most states, Muslims are not eligible for reservation,” he said. The stand that 10% reservation should not be given to EWS belonging to general category is unacceptable, he added.

“It’s dubious that Muslim organisations and leaders who keep company with CM Pinarayi Vijayan and LDF too have quickly queued up behind IUML leader PK Kunhalikutty in the protest,” BJP state president K Surendran said.

Surendran said nobody was opposing a number of privileges enjoyed by the Muslim community. But the League was getting restive when majority communities and Christian denominations are offered some modest assistance, he said.

According to a report, “Religion-based reservation was first introduced in Kerala, which was then Travancore-Cochin state, in 1936. In 1952, this was replaced with communal reservation, with 45% reservation. Of this, 35% were allotted to OBCs, which included Muslims. After Kerala was reorganized in 1956, the percentage of reservation was increased to 50, including 40% for OBCs. The government introduced a sub-quota within the OBCs wherein the Muslim share was 10%.”

Currently, the reservation for the Muslim community has increased to 12% in Kerala government jobs and 8% in professional educational institutions. Unlike most of the other states, all Muslims, irrespective of their social and economic status, are categorised as OBC in Kerala.