The meeting, clouded in secrecy, was apparently part of Erdogan's outreach towards Muslims in the Southeast Asia. The two key PFI leaders who attended the meeting were E.M. Abdul Rahiman and Prof. P. Koya, members of the National Executive Council of the PFI. 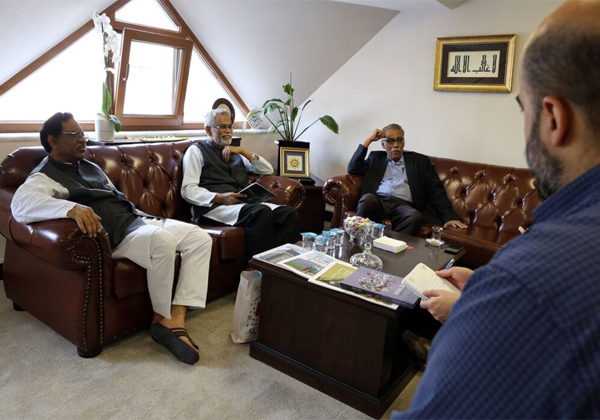 A Swedish research organisation, Nordic Monitor, has alleged an alliance between Turkic extremist group İnsan Hak ve Hürriyetleri ve İnsani Yardım Vakfı (IHH) and radical Islamist organisation Popular Front of India (PFI). According to the report, the meeting was held on the 20th of October, 2018, seven months ahead of the Lok Sabha Elections in 2019.

The meeting, clouded in secrecy, was apparently part of Erdogan’s outreach towards Muslims in the Southeast Asia. The two key PFI leaders who attended the meeting were E.M. Abdul Rahiman and Prof. P. Koya, members of the National Executive Council of the PFI, the report claims. It was attended by IHH Secretary-General Durmuş Aydın and IHH Vice President Hüseyin Oruç as well and partnership in various fields were discussed.

The Nordic Monitor says that IHH works with Turkish intelligence service MIT, led by Erdogan loyalist Hakan Fidan, an Islamist as well. It also said that the PFI was promoted by Turkic state-run media Anadolu as a civic and social group the members of which were abused by Indian police. The IHH was accused to have smuggled arms to Al-Qaeda affiliated Jihadists in Syria in January 2014.

The report states further, “The IHH had long been flagged by Russia as an organization that smuggled arms to jihadist groups in Syria, according to intelligence documents submitted to the UN Security Council on Feb. 10, 2016. Russian intelligence documents even furnished the license plate numbers of trucks dispatched by the IHH loaded with arms and supplies bound for al-Qaeda-affiliated groups including the Nusra Front.”

The Nordic Monitor also said that the Erdogan regime in Turkey is helping the IHH in global operations using its diplomatic clout. The PFI in India has been accused of involvement in numerous instances of violence and their members have been accused of murder as well. The Enforcement Directorate had accused the PFI of funding anti-CAA riots across the country.

UP police chief OP Singh had stated that members of radical Islamic organisations – Popular Front of India (PFI) and its political front, Social Democratic Party of India (SDPI), including political parties like Samajwadi Party were involved in instigating Muslim mobs to indulge in violence across the state during the anti-CAA protests. The UP police had advocated a ban on PFI after the widespread violence in the state.