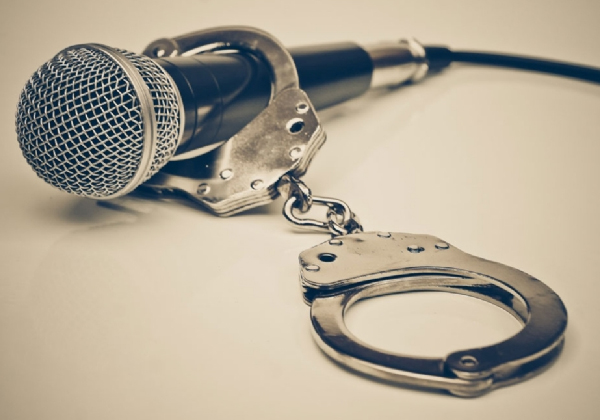 CPM-led Left government in Kerala promulgated a new law against abusive or defamatory social media posts with imprisonment of up to five years, fine of Rs. 10,000 fine or both. The Opposition launched a scathing attack against the government for bringing in the ‘draconian law’ to “curb to freedom of speech”.

The state unit of the BJP alleged that the law was brought in to implement ‘police raj in Kerala’. Congress leader P Chidambaram said he was shocked by the law made by the LDF government of Kerala making a so-called ‘offensive’ post on social media punishable by 5 years in prison.

Amending Kerala Police Act, Section 118; the new ordinance says, “Punishment for making, expressing, publishing or disseminating any matter which is threatening, abusive, humiliating or defamatory-Whoever makes, expresses, publishes or disseminates through any kind of mode of communication any matter or subject for threatening, abusing, humiliating or defaming a person or class of persons, knowing it to be false and that causes injury to the mind, reputation or property of such person or class of person or any other person in whom they may have interest shall on conviction, be punished with imprisonment for a term which may extend to three years or with fine which may extend to ten thousand rupees or with both.”

While the defamation case (Sections 499 and 500 of the India Penal Code) needs a genuine petitioner, the proposed amendment gives more teeth to the Kerala police to register a case suo motu against the accused.

Many political leaders and legal experts have warned that the new law will be misused to curb freedom of speech. BJP leader T G Mohandas had requested the Governor not to give his assent to the ordinance.

BJP state President K Surendran said that the amended act is an attempt to curb the freedom of expression of the people and alleged that there was an undeclared state of emergency in the state.

“When the Supreme Court took a stand against such a law in 2015, chief minister Pinarayi Vijayan praised it and made it a political campaign. The same Pinarayi is trying to control social media and mainstream media by bringing this draconian act,” he told media.

The Supreme Court had earlier repealed section 66-A of the IT Act and Section 118 (d) of the Kerala Police Act on the grounds that these were against freedom of expression.