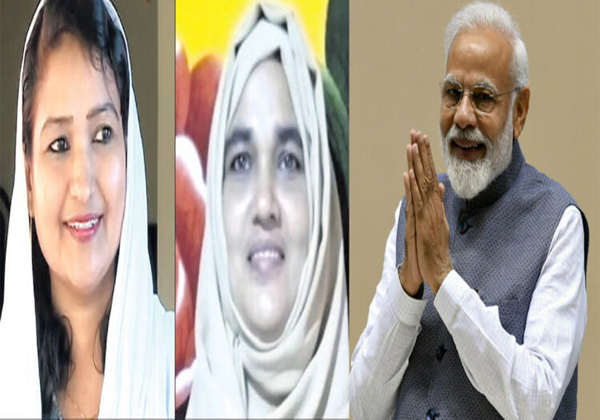 Two Muslim women, Sulfith and Ayesha are contesting local body elections on BJP tickets from Malappuram, a Muslim majority district in Kerala. There have always been false narratives created by the Islamists and communists about BJP suppressing Muslims. But little has been said about BJP’s progressive stand on Triple Talaq and implementation of schemes for the upliftment of women irrespective of their religious background. Hence, Sulfith and Ayesha contesting on BJP tickets have raised several eyebrows.

Prime Minister Narendra Modi’s vision for new India and well being of people is what which inspired to join BJP, say Sulfith and Ayesha.

T.V Sulfith is contesting from Vandoor Grama Panchayat’s ward number 6 while Ayesha Hussain is contesting from Ponmundam Panchayat ward 9. Both have filed their nomination and are campaigning to ensure their victory. The progressive outlook of BJP is what it attracted Sulfith to the party. She was married off at an early age of 15. Sulfith appreciates the central government’s decisions to criminalise Triple talaq and raising the legal marriage for marriage. She believes that girls need education and shouldn’t be married off at an early age. She also refuted the claims of UDF and LDF that Muslims are unsafe under BJP rule.

Ayesha Hussain is the wife of Hussain, who is the district member of the minority wing of BJP. She is contesting an election for the first time. She is a follower for PM Narendra Modi and considers A.B Vajpayee as her role model. Hussain is also contesting on a BJP ticket to the Malappuram Zilla Panchayat from the Edarikkodu division.