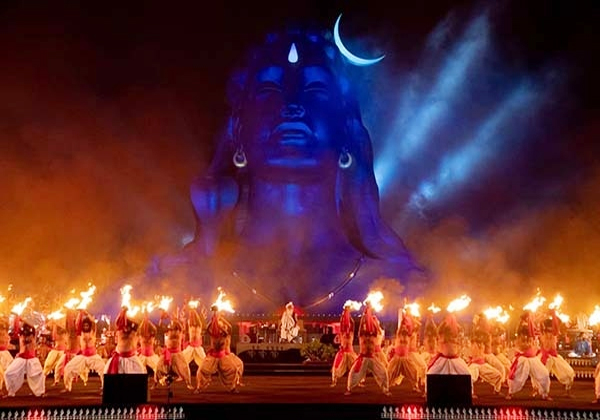 The Southern Bench of the National Green Tribunal gave its stamp of approval to hold Maha Shivaratri festival after obtaining due permissions from the district administration, police and forest department.

Advocate M Vetri Selvan had moved to the National Green Tribunal (NGT) alleging that during the dry months of March or April, more than 2 lakh devotees thronged to Isha foundation headquarters in Coimbatore for the Maha Shivratri festival. Due to high decibel noise from vehicular traffic, audio and powerful light arrangements for the function, elephants get disturbed. The municipal solid waste generated by the foundation is of very huge quantity but no prior permission was ever obtained by them for the disposal of the solid waste”.

The NGT bench comprising of judicial member K Ramakrishnan and expert member Saibal Dasgupta directed the Coimbatore District collector, Forest officer and Environmental Engineer of TNPCB to verify whether solid waste management rules and pollution norms are being complied with and were directed to submit a report before November end.

Tamil Nadu Pollution Control Board (TNPCB) filed a report saying noise levels during Maha Shivaratri celebrations at Isha Yoga foundation centre were above permissible levels. Isha Foundation counsel E Om Prakash said that the foundation has not violated any statutory norms. He said that the noise levels during the mega annual event were within permissible limits. To this NGT said “ such noise levels can prove detrimental to the health of devotees attending the festival and a lot of non-biodegradable waste might also get generated and we do not know how it is being disposed of”.

While disposing of the petition, the NGT has given its approval to Isha Foundation to hold annual Maha Shivaratri festival after getting due permissions from the District administration, police and forest department. NGT said that, “it was confirmed by the Regional Chief Conservator of Forests that there is no encroachment in the forest area by eleventh respondent (Isha Foundation). Though it was not declared as an elephant corridor, due to passage of elephants taken in that area, certain restrictions have been issued and also directed to remove certain constructions made during Maha Shivaratri function and also they are directed to maintain green belt to mitigate noise pollution etc.,”. The order which was issued a couple of days ago, said that the matter about encroachment is pending before the High Court, so it would not be appropriate to go into these issues. And the court also directed the Tamil Nadu State pollution Board to ensure that decibel levels were within permissible norms during the event.

The tribunal in June this year passed a similar order seeking reports from District authorities on the precautions taken by regulators in allowing the Maha Shivaratri festival to be conducted by Isha Center in an environmentally friendly manner.

The Isha Yoga Center is located in the foothills of the ecologically fragile Velliangiri mountain range in Coimbatore. The foundation has been consistently denying any violation of environmental laws. It has repeatedly rejected the claims of an elephant corridor. It said that no man-animal conflict has been reported during the festival. “So far, no untoward incidents of damages to life/property by wild animals are reported to have happened during this festival. Devotees come to see the 34-metre-tall, 45 metre-long and weighing 500 ton steel statue of Shiva which is recognized by the Guinness World Records as the ‘ largest bust sculpture’ in the world. Sadguru Jaggi Vasedev , the founder of the foundation, has been getting disciples from both domestic and abroad.

Sources claim that there has been a systematic approach to demean or belittle these Hindu saints, gurus, mutt heads by evangelical and Abrahamic elements. They make attempts to disgrace our religious leaders. They sent actress Nagma to Sri Sri Ravi Shankar but she could not do anything. Later they tried with Nithyananda. With a video they attempted to ruin his image and operations. Likewise, cases were filed against Sabarimala and sent their people like Kannada actress Jayamala and left cadres. They claimed that Amarnath Ice Lingam is fake and of the seven hills only two belong to Lord Balaji. Now they are trying the same against Jaggi. These elements are being supported by evangelical preacher DGS Dhinakaran and his son Paul Dhinakaran, who founded Karunya Institute of Technology and Sciences at the same Velliangiri Mountain. On the way to Isha, Pastor Dhinakaran’s Karunya University, till Semmedu village, 8 km farms and tree groves were owned by them. They have built three churches there. All farming lands have been accumulated by them. Karunya was inaugurated by none other than Congress president Sonia Gandhi.

They blatantly do religious conversions. Gullible and poor people are their main targets. Paul Dhinakaran owns nearly 700 acres of land illegally or obtained by force. Student suicides are common in his institution. Isha is a stumbling block for their conversion and other illegal activities and they instigate people to move courts or authorities. They are silent about Karunya encroaching forest lands and expanding its empire. All the allegations, what they say now against Isha foundations, are equally fit to them. Chinmaya mission run school is struggling for survival due to their land grabbing spree.

The sources further said “these elements are attacking Hindu festivals, traditions in the name of environment. They did not mince a word in appreciating Isha’s nature farming and Zero budget agriculture. These elements believe that if they successfully eliminate Dayananda Saraswati, Baba Ram Dev, Ravi Shankar, Sadguru, Amritanandamayi , Nityananda and other Hindu religious leaders, heads, it would help them to carry on their conversion mission interrupted. These are day dreaming these would destroy the Hinduism”