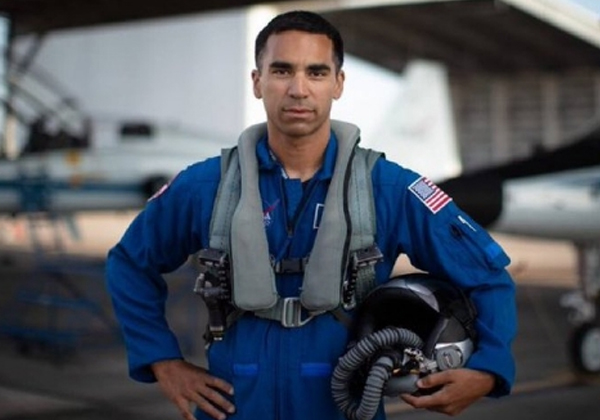 In a very proud moment for India as the US space agency NASA has selected an initial team of 18 astronauts, including Indian-American US Air Force colonel Raja Jon Vurputoor Chari for its ambitious manned mission to the Moon and beyond.

Vice President of the US Mike Pence introduced the members of the Artemis Team on Wednesday during the eighth National Space Council meeting at NASA’s Kennedy Space Centre in Florida.

The modern lunar exploration program will land the first woman and next man on the Moon in 2024 and establish a sustainable human lunar presence by the end of the decade, the American space agency said.

Chari’s father Sreenivas V. Chari had immigrated to the US from Hyderabad. He was raised in Cedar Falls, Iowa, and he received a bachelor’s degree in astronautical engineering and a master’s degree in aeronautics and astronautics. Chari is a graduate of the US Air Force Academy and US Naval Test Pilot School. He joined the astronaut corps in 2017. Before joining NASA, he worked on F-15E upgrades and later on the F-35 development program.

Chari has 2,000 hours of flight time in the F-35, F-15, F-16, and F-18 including, F-15E combat missions in Operation Iraqi Freedom and deployments in the Korean peninsula. He is the third Indian-origin astronaut to work for NASA.

Under the Artemis program, NASA astronauts will stay on the moon for up to 6 and a half days and, the crew for the Artemis 3 mission will be selected in 2022 or 2023, the space agency informed in a press briefing.NASA plans to impart geology expeditions and training similar to that given to Apollo astronauts in the 1970s.

NASA Administrator Jim Bridenstine said, “ We are incredibly grateful for the president and vice president’s support of the Artemis program, as well as the bipartisan support for all of NASA’s science, aeronautics research, technology development, and human exploration goals”.