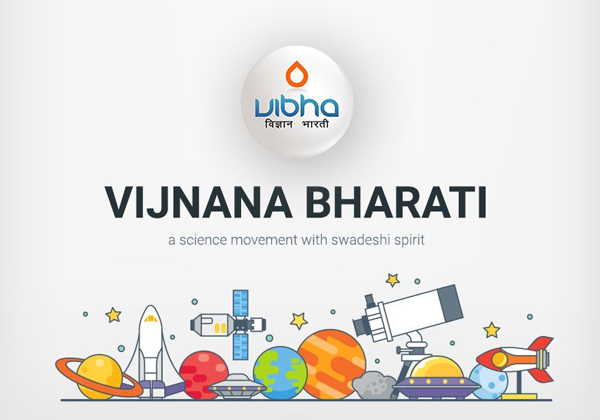 New Delhi. Vijnana Bharati, the largest voluntary platform of Scientists and Technocrats in India wholeheartedly welcomes and endorses the decision announced by Dr. Harshvardhan, Union Minister for Science & Technology, Health & Family Welfare and Earth Sciences to name the new campus of Rajiv Gandhi Centre for Biotechnology (RGCB), Thiruvananthapuram after Sri Guruji (Madhav Sadashiv Golwalkar). As a visionary who led and inspired a nationalist movement for decades and is being fondly remembered and respected by crores of Indians, name of Sri Guruji is sure to inspire the activities of the proposed National Centre for Complex Disease in Cancer and Viral Infection. As a respected faculty of Zoology in the prestigious Banaras Hindu University during the early thirties, this incidentally has a connect with his subject too. It is also worth remembering that Sri Guruji had to leave his research in Marine Biology at Chennai aquarium, Triplicane, due to bureaucratic delays in approval of scholarship amid financial difficulties. The deep insights of Sri Guruji, with a scientific approach, being a student, teacher and researcher of science, to socio cultural dimensions of our nation have played a key role in shaping the foundations of our nation today and the times to come. Even when he lost his life to cancer, his will power and approach to life during his last days were most composed and exemplary. This aspect of Sri Guruji’s life can be soothing and worth emulating to the large number of cancer patients, for whom this campus is being established.

It is extremely unfortunate and highly condemnable that a controversy is sought to be created by certain quarters about the announcement by Dr. Harshvardhan including the CM of Kerala and the local MP. Many of our national institutes and state institutes as well various other institutions have been named after various social icons including political leaders, Socio Cultural leaders, Scientists, technocrats etc. It has been the prerogative of the elected Government of the time. There is no rigid policy regarding the selection of a name. Selective name calling about those who do not agree to particular socio-political views goes against the very grain of democratic discourse. The very name of the parent institute after late Prime Minister Rajiv Gandhi, who is neither a Scientist or a known scholar was gracefully accepted by one and all. This is just one among the many so christened.

The transformative leadership of Guruji has inspired millions to dedicate themselves for the nation, not just during his lifetime, but even to this day. It is also worth remembering that two of tallest political leaders of all times in our country, a former Prime Minister, Atal Bihari Vajpayee and the present Prime Minister Narendra Modi amongst them. This frivolous objection without is an insult to such a towering national icon.

But this objection raises more fundamental questions. Here, an era of darkness is being sought to be created through falsification, misrepresentation and mudslinging. Unfortunately, this has been a repetitive story by certain quarters in Kerala. The way functions of an elected Chief Minister of a state of India, the then CM of Gujarat, Narendra Modi, were ‘boycotted’ by the Chief Minister down to the Mayor of Kochi is too fresh in memory. Another minister from the state was made to ‘apologise’ for the grave ‘mistake’ of meeting the then CM of Gujarat, when he visited that state. A school administration was hounded by the Education Department for the mistake of inviting the head of largest voluntary organization in the world to hoist the national flag.

Scientific research is a process of enquiry with an open mind. This manufactured objection is yet another example of the hypocracy and intolerance of the so called ‘liberals’ who in reality are practicing a form of pseudo-liberalism, where only those who follow their worldview have a space and a voice and all other points of view are pushed into darkness. The frivolous arguments to stall the memory of an iconic personality due to a differing viewpoint is the very anti thesis of enquiry with an open mind and needs to disregarded with the contempt it deserves.