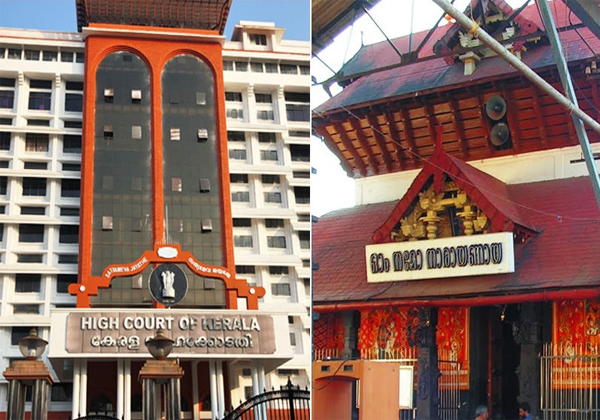 The Kerala High Court on Friday asked the Pinarayi Vijayan led state government to immediately return Rs 10 crore that it had collected from the Guruvayur Devaswom Board. The court had observed that the Devaswam board has no right to transfer the money since the deity is the owner of all wealth associated with the Board. The board is only tasked with managing the sources and the money can only be used for temple related purposes, added the court. This was enshrined in the Devaswom Act, the court said, adding that the Governing Body can only act within the limits of the law.

“Matters such as contributions towards Disaster Relief Funds do not fall under purview or jurisdiction of the Devaswom Board,” the court order said. The court slammed the Kerala government by stating that no authority has the power to demand wealth from the board. The Guruwayur Devaswam Board is one among four Devaswam Boards in the state and the popular Guruwayur Krishna Temple is managed by this board.

The order also directed the division bench of the high court to decide on how to recover the amount donated to the Chief Minister’s relief fund. The board had given Rs 10 crore during COVID crisis and Kerala floods. The funds were handed over by Guruvayur Devaswom chairman KB Mohandas to District Collector S Shanavas in May 2020. This move had triggered widespread controversy and drew sharp criticisms from the Hindu organisations. Earlier in 2018 similar kind of donation was made during Kerala floods. These donations were made at a time when many of the Hindu temples were struggling to meet their daily needs. BJP State president K Surendran had asked the board not to divert funds but to use the amount for rejuvenation of old temples.

Debt-ridden Kerala government had been using Hindu temples as revenue-generating ventures. The Kerala HC order comes as a barrier for the LDF government’s further plans of looting temples.