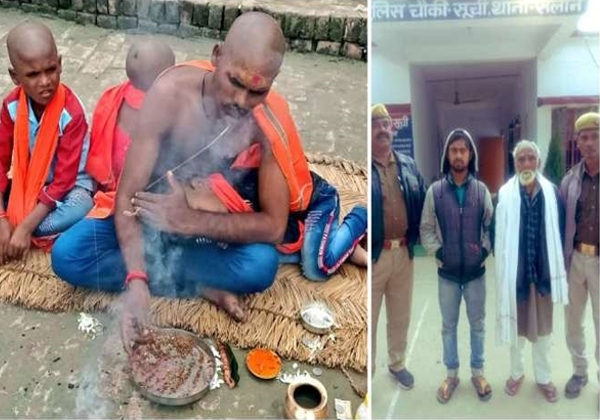 An attempt was made by some Islamists in Rae Bareli in U.P to burn alive the family of a Muslim man named Mohammad Anwar who had converted to Hinduism three month ago. Anwar has adopted the name Dev Prakash Patel and also he changed the names of his children to Devnath, Deendayal and Durgadevi. Reports suggest that on Saturday night, some men gathered outside their house and locked up the family inside. They then set the house on fire. Somehow the man managed to break open the back door and escaped with his children.

This incident happened on Saturday. After having his meal, Dev Prakash Patel was sleeping in his house along with his children. At around 2:30 AM, some men gathered outside their house and locked them inside. After this, they set their house on fire and tried to burn the family alive. When Patel woke up, he saw everything around him was on fire. He tried to escape but realised he was locked inside. He finally managed to escape with his children from the back door. Upon being informed, the police and fire brigade reached the spot and put out the fire. Five, including the village head, have been booked.

Uttar Pradesh Chief Minister Media Advisor Shalabh Mani Tripathi has informed the media that the village head Tahir is absconding while others are arrested. The police are raiding various locations to arrest the culprits.