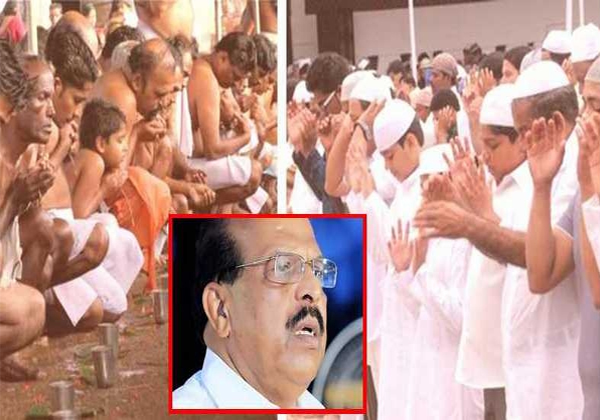 Kerala Public Works Minister G. Sudhakaran said that by 2075 Islam will become the religion with the most number of followers on earth. While addressing the audience after inaugurating the Ravuthar federation state conference, Sudhakaran said that the state government will provide ‘linguistic-minority’ status to the Ravuthar community. He also said that due to the inherent ‘love’ and ‘compassion’, Islam has become a fast-growing religion. He also ridiculed other religions by stating that every religion other than Islam has become mechanical.

The minister, who is known for making ridiculous statements, said that Hinduism has become stubborn and unattractive. Religions other than Islam has customs and practices that don’t show love for others and these customs due to its repetition have lost its sheen, added Sudhakaran.

Communist party leaders in Kerala have been trying to woo Muslim to their side. They have been constantly trying to show themselves as the only party to confront BJP. The statements made by G Sudhakaran should be seen in the light of impending state elections in Kerala.