NCERT Has No ‘Information Available’ on Indian History, RTI Reveals 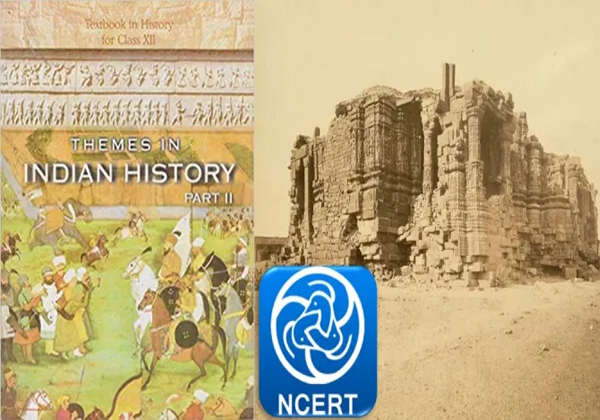 Distortion of Indian history had always been an agenda of the ‘historians’ affiliated with the left and it is an open secret that even NCERT (National Council of Educational Research and Training) history textbooks, mostly written by those pseudo-historians have been used as propaganda tools. In the latest evidence to strengthen this allegation, a new RTI has revealed the carelessness with which NCERT handles Indian History.

In an RTI application with reg no NSERT/R/E/20/00324/, dated 03/09/2020, filed by Shivank Verma, two questions were asked regarding the sources of claims made in the class 12th History textbook. The questions are:

1) Refer to the second para of page 234 in the textbook Themes of Indian history part II (class XII), in that regard, please provide the source from which the NCERT concluded that “even when temples were destroyed during wars, grants were later issued for their repair- as we know from the reigns of Shah Jahan and Aurangazeb”.

2)Additionally, please provide the number of temples that were repaired by Aurangazeb and Shahjahan.

The Nyas, which is headed by Dina Nath Batra, a former head of Vidya Bharati, the education wing of the RSS, was invited to the meeting of the parliamentary standing committee on education, women, children, youth and sports on Tuesday to depose before members on textbook reforms and “removing references to un-historical facts and distortions about our national heroes from textbooks”.

Even former NCERT director J.S. Rajput and representative of Bhartiya Shikshan Mandal (BSM), another RSS affiliate working in the education sector, told the panel that current history textbook has a lot of content glorifying Mughal rulers who invaded India.

SSUN also objected to the chapter on painter MF Husain in the Hindi textbook Antral of class 11th. The RSS affiliate felt that it was inappropriate for students to study the life of a person who was accused of promoting obscenity and outraging religious sentiments.

The Nyas further objected to the mention of “Varnas” in chapter 5 of class 6 History textbook that mentions that the “priests divided people into four groups, called varna” and that “the priests also said that these groups were decided on the basis of birth”.

They asked whether it is appropriate to promote hostility towards one section in students’ minds.

When asked for the suggestions, Rajput and BSM said that instead of reading history starting from 200 years of British rule, we should look at invasions dating back to 1,200 years. Rajput said we need to glorify our national heroes and give proportionate references to all periods of Indian history.”

After hearing the suggestions Wednesday, the parliamentary panel decided there was a need to hear the views of more stakeholders in the field of education, before making any changes in textbook content.

The panel, headed by BJP Rajya Sabha member Vinay Sahasrabuddhe, was hearing suggestions from senior officials of the education ministry, the CBSE chairman, NCERT director, retired NCERT officials and representatives from BSM on reforms in contents and designs of textbooks, removing references to non-historical facts and distortions about national heroes from school books, as well as ensuring equal or proportionate references to all periods of the Indian history. Nationalist forces have been demanding correction of all such errors from the NCERT textbooks from a long time ago.