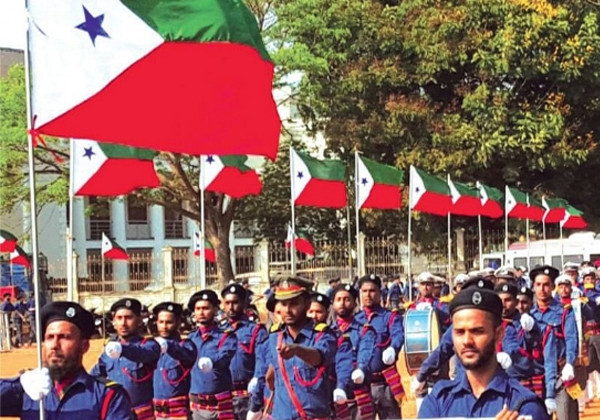 The Enforcement Directorate (ED), which is probing the money laundering case associated with the Popular Front of India (PFI) on Tuesday, alleged that the Islamist organisation had collected funds to organise terror camps in Kerala. The ED said this in a statement filed in a Special Court for Prevention of Money Laundering Act cases here, opposing the bail plea filed by PFI”s student wing leader K A Rauf Sharif, arrested in connection with the money laundering probe.

“Since PFI has raised substantial funds to organise terrorist training camps, its related activities and to disturb communal harmony…during the course of the investigation, details of numerous bank accounts of PFI and related entities were obtained and their bank statements were analysed,” the ED said. “Statements of various functionaries of PFI and related entities were also recorded during the course of the investigation,” it said

In the statement, the ED said it had taken up a case after a charge-sheet filed by NIA in a special NIA court here in 2013 stated that a group of PFI/SDPI activists entered into a criminal conspiracy to impart training to their cadres in use of explosives and weapons and organised a terror camp at Narath in Kannur district. It was organised with an intention to promote enmity between different religions, prepare them for terrorist activities, and thereby committed acts endangering the unity and integrity of the nation, the charge-sheet said.

The agency said documents and digital devices were seized during the recent search operations conducted at the offices of the PFI and at the residences of its office-bearers across India reveal that the outfit has been collecting huge amounts of funds abroad.v”Since these foreign funds are not reflected in the bank accounts of PFI, it is evident that same have been remitted to them through hawala/underground channels. Further, statutory compliance for collection of funds abroad and their remittance to India have not been done by PFI.”

“It is evident that PFI and its associated organisations like Campus Front of India (CFI), of which Sharif is the national general secretary, have been continuously involved in the offence of money laundering and have been using the proceeds of crime for committing unlawful activities across India,” the agency said.

The agency alleged that Sharif had transferred funds to one Ateeq Ur Rehman arrested by Uttar Pradesh Police along with three other persons including a journalist from Kerala, who were travelling to Hathras in the wake of rape and murder of a Dalit girl late last year, “to disturb social harmony and to incite communal riots. “Further, there is huge withdrawal of cash from the accounts of the accused which is suspicious in nature,” it said.

PFI had been accused of having links with terror organisations and fund anti-national activities.