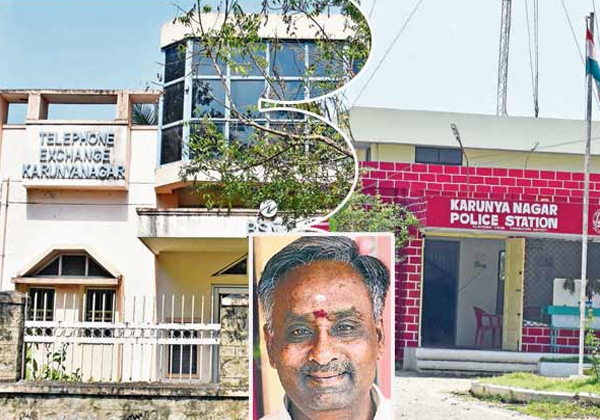 Unofficial reports say hundreds of crores of Indian currency and several Kgs of Gold were confiscated. Unconfirmed reports also say this group has diverted crores of rupees, received from Canada etc, to Farmers Agitation in the national capital and also a political party in Tamil Nadu. Meanwhile, popular Tamil Daily “Dinamalar” published a report quoting  leading lawyer, Rangaraj, of Coimbatore, “Karunya University” which  is functioning from 1990s, has been trying to carve out a “Mini Vatican” in Nallurvayal village near Coimbatore,  Says Rangaraj :

Students from other states and districts, mainly the Christians, were included in the voter list to enable the winning of the candidates put up by the university in the gram panchayat elections of village Madhavarayapuram. But their evil designs fell through thanks to the fight between the students and the management. A case was filed in the Madras HC, the voter list was redrawn and the gram panchayat was saved.

There are about 1,000 vanavasis in the village eligible for reservation in the elections. The management of the university managed, during the census, to deny them ST status and thus reservation. They again approached the Madras HC for the reversal of their status.

The University tried to evacuate the Vanavasis of Nallurvayal from their habitat in vain. But it could stall the construction of a community hall for the tribes. This project is still in limbo. This village is known as “Nallurvayal” in all govt records. But the Post office, Telephone Exchange, Police a Station etc are known as “Karunya Nagar” and the villagers are fighting the name change. In short there is a concerted move to convert this village Nallurvayal as mini Vaican says Rangaraj. He further alleges that Karunya gang used advertise that miracles like the dumbs speak, blinds see and lames walk – to attract illiterate/ common man; thus cheat them and convert. A case has been lodged in the local court, notices were sent Paul Dinakaran and others and investigation is on informs Rangaraj.