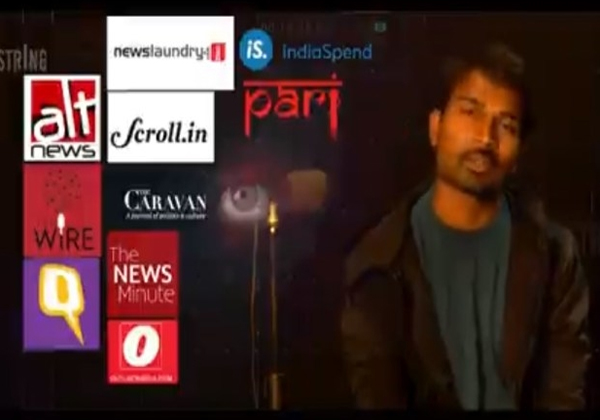 After exposing the links between a certain domestic media house and foreign vested interest groups indulged in anti-India activities in a video that went viral on Youtube, the ‘team string’ has now made it public that there are attempts being made by the international mafia to silence them completely. The String tweeted, “The pressure is piling on us. Folded hands Now, the international Left lobby & Democrats and their mouthpieces have started MOTIVATED PROPAGANDA against us. @narendramodi ji Folded hands @PMOIndia @HMOIndia @JPNadda @dir_ed @NIA_India Please act before they silence me permanently. Folded hands.JAI HIND.”

The String has around 3,75,000 subscribers on YouTube. Before releasing the video, The String had revealed that in case of any eventuality to the team, media outlets like alt news, the Scroll, Quint, The Wire, Outlook, The News Minute, Caravan were to be blamed. The video was later taken down illegally by Youtube.

In the video, the String had highlighted how left-wing billionaire George Soros had been indirectly influencing India’s political affairs by funding a few far-left websites. They also highlighted how these websites were mentioned in the Greta Thunberg ‘Toolkit’, the documents inadvertently shared by Greta Thunberg that exposed that the foreign conspiracy against India.