Temple priests have pointed out that these expenditures can never be called unnecessary and are part of every temple ritual. 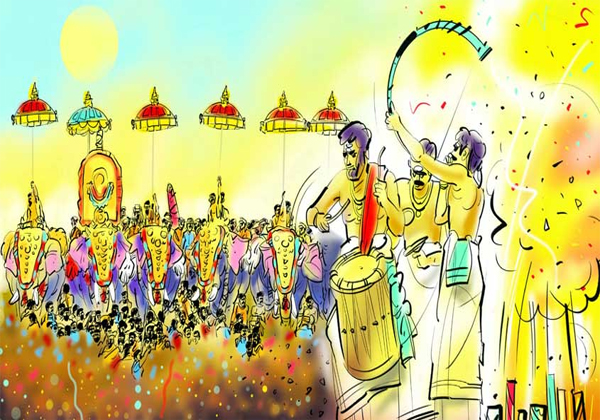 In what could be seen as a direct attack by the Kerala government on Hindu temples, the government has asked the employees of Malabar Dewaswam Board to cut short temple expenses. The controversial order released by the government states that the Temple festivals, Dakshina to the priests and Poojas are resulting in a financial loss to the state. The order also points out that the employees are not paid additional allowances due to the increase in temple expenditure.

The order states that it is the duty of temple employees to conduct temple festivals and calculate donations to the temple and the state government wouldn’t be paying them any kind of additional financial benefits them. It also says that the cost of organising festivals should be considered as establishment cost and it should not exceed 50 percent of the Temple’s revenue.

Various Hindu organisations and temple priests have come out against the government order. They say that the routine Pooja’s cannot be compromised and it is the government’s and the Dewaswam board’s responsibility to financially aid the temples.

Kerala government lead by the left has been consistently trying to interfere in temple related matters.