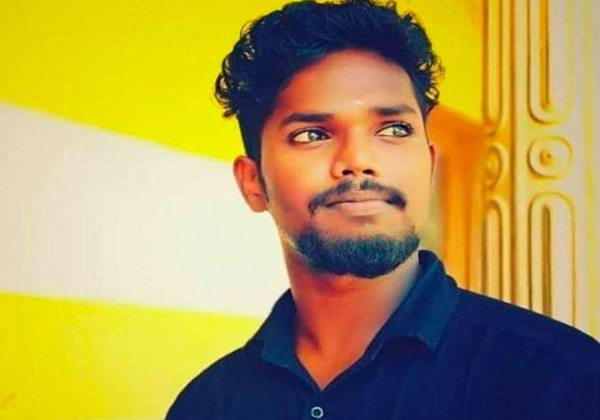 An RSS worker was allegedly killed by members of SDPI at Vayalar in Alappuzha, Kerala on Wednesday. RSS Sagha Gadanayak Nandu Krishan was allegedly murdered by SDPI members after a scuffle broke out between the workers of the two groups. This, over the SDPI’s speech that was allegedly made along the communal lines near the Nagam Kulangara market. In the aftermath of the speech, SDPI workers reportedly reorganized after an initial scuffle and attacked the RSS workers, allegedly killing 22-year-old Nandu Krishna while chopping off another RSS worker’s hand.The assailants inflicted a deep cut on his neck using swords, and this led to his death. His body is kept in Alapuzha medical college for post-mortem. Apart from this, three other workers are also seriously injured. Local police have detained 8 SDPI leaders in connection with the killing.

Following the arrival of Yogi Adithyanath to Kerala to inaugurate the state-wide ‘Vijaya Yatra’ lead by the BJP Kerala state president K Surendran, PFI had carried out protest march in various places in Kerala. UP police had nabbed 2 members of PFI for plotting to murder Hindu leaders. As a ‘protest’ against arresting of its ‘cadres’, a rally was also conducted in Vayalar by PFI, where provocative slogans were raised against Hindus, RSS and Yogi.

According to sources, last few days the SDPI organised various programmes in Vayalar and made derogatory remarks against Hindu symbols. To condemn this act a procession was organised in the Nagankulangra junction and both the victims were part of this protest march. During this march the SDPI-PFI cadres pelted stones and created violence. Following this police requested the people to ease tension and the RSS workers left the place following this request. But the assailants were not ready disperse and targeted the house of RSS Mandal functionary in the area.

Later around 9.45 PM the culprits attacked the victims using deadly weapons while they were on the way to their homes. Further it is to be noted that the weapons were brought from near by mosque. This clearly shows that the provocation and attack was premeditated.

The RSS worker’s murder has been strongly condemned by BJP leaders, who have alleged a ‘Jihadi-left nexus’ in Kerala. BJP IT Cell head Amit Malviya labelled Nandu’s killing as a murderous assault, while Kerala BJP president K Surendran has claimed that a group of armed radicals entered Nandu’s house and hacked him to death. Kerala BJP and pro-Hindu outfits have called for a 6 am to 6 pm shutdown in Allapuzha to protest against the incident.