The women of Bhelda village of Chhatarpur in Madhya Pradesh dug through a mountain and connected the pond to the canal. 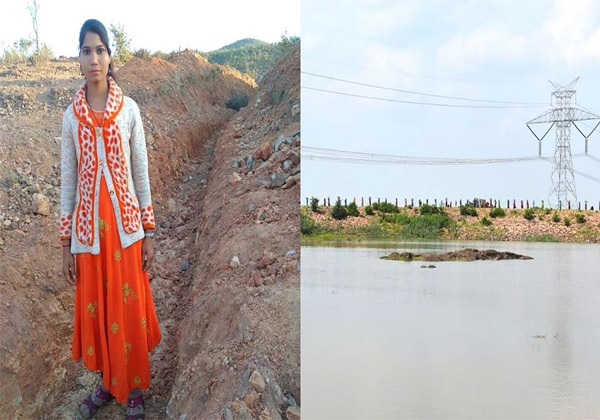 New Delhi: Prime Minister Narendra Modi on Sunday addressed through his monthly radio program Mann Ki Baat. During the address, he talked about water conservation and praised Babita Rajput, who lives in Bundelkhand, Madhya Pradesh and led over 100 women to cut a mountain to solve the water crisis in her village.

After this, Babita Rajput has thanked PM.

The women of Bhelda village of Chhatarpur in Madhya Pradesh dug through a mountain and connected the pond to the canal. 19-year-old Babita Rajput became their inspiration in carrying out the mammoth task. More than 100 women, in collaboration with an NGO that works in the field of water conservation, created a path by cutting about 107 meters long mountain, which is now filling the water in their village pond.

Earlier, rainwater flowed out through the mountains and due to this, water was not reaching the 40-acre pond that was created 10 years ago under the Bundelkhand package.

Babita Rajput inspired the women of the village and after collaborating with the forest department, the 107-meter mountain was cut. Now, this pond is full of water and water has also arrived in the dry well. Apart from this, the hand pumps which had driedup, have also started giving water. More than 100 women worked hard for the well being of their village by doing shramdaan and in 18 months, their village returned to prosperity.

“During this month of ‘magh’, Haridwar is hosting Kumbh this year. On March 22, World Water Day will be celebrated. To associate ‘magh’ month with water is that after this month winters and summers begin,” the PM said.