Kamal Haasan and his love for anti-national forces 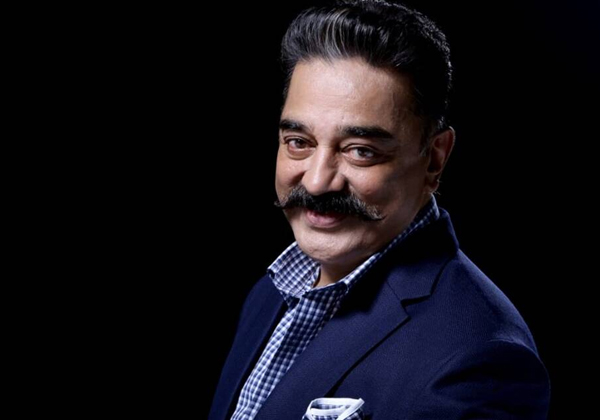 Chennai: Spitting venom on Hindus from public address systems is Hindu bashing plain and simple. But trying to secure respectability to outfits like SDPI – the PFI facade – is Hindu hunting at its worst. Kamal Hasan is precisely at it this poll season. Read on –

Kamal Haasan is a shining example of the neo-proverb “scratch an Indian atheist, you will find a Chrislamist in him/her”. Right from his early days, Kamal Hasan never hesitated to offend Hindu sentiments in his movies, while all the time projecting people belonging to other faiths either as victims or progressive. While one would not have any objection to projecting people of other faiths in a better light, the intentions become highly suspect when Hindu customs and practices are denigrated and mocked consistently.

There is a background to his anti-Hindu ideology. In an interview to an English news channel, Kamal Hasan admitted to have propagated Christianity through dancing (Bharatanatyam) to ‘spread the word of Christ to the world’ in his younger days. He further admitted that after his association with Christian Arts and Communication Centre, he could once again get re-connected with his contacts in the cine field. In fact, he openly admitted to propagating Christianity for money.

In another interview, Kamal Hasan commented that violence against women is not surprising in a society, which hails Mahabharata in which a woman is used as a collateral in gambling. Further, he made a mindless statement during the election campaign in Aravakurichi (Karur District) that the independent India’s first terrorist is a Hindu and his name is Nathuram Godse. A FIR has been filed against him for linking a whole community to an isolated incident of crime.

Not only Kamal Hasan, his elder brothers are known for their anti-Hindu moorings. Charu Hasan, in an interview commented that kids will come to the conclusion that one must wage a war and murder the kidnapper when his wife is abducted if Ramayana is taught in schools. He further commented that Ramayana and Mahabharata teach many wrong things. In addition, their eldest brother Chandra Hasan is a convert and his funeral services were held as per Christian rites in London in 2017.

It is an open secret that his new political party “Makkal Needhi Maiyam” is funded by Christian organizations. When this accusation was proved through various documents, he ridiculed and laughed it off, rather than being open and transparent in financial dealings.

As he entered politics, he tried to make amends with Muslims and tried to project himself as being close to them. It cannot be forgotten that he had to meekly surrender before the Islamic jihadis, when they openly threatened him with his life for his projection of Muslims in one of his movies. As the election schedule was announced in TN in 2021, he went on to announce a poll pact with SDPI, a dreaded organization sought to be banned in many States. Though the pact did not materialize, the move clearly proves his intent-that he would not hesitate to join hands with any anti-national forces for his cheap commercial gains.

His choice of constituency to contest TN Assembly polls 2021, a socially sensitive Coimbatore South provokes a lot of doubts in the minds of common people. Whether he is contesting from that constituency with a view to woo the minority community people and fuel anti-Hindu sentiments?