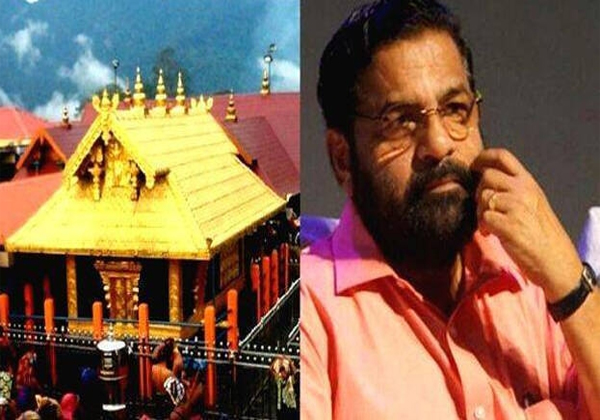 In a desperate attempt to win back the lost Hindu votes, Devaswom minister Kadakampally Surendran expressed regret over the incidents that took place at Sabarimala over women entry. The CPM led Kerala government was earlier adamant about women entry to Sabarimala. Thousands of cases were registered against the agitators who protested against the state government’s decision regarding Sabarimala.

The minister has also accepted that the government committed a mistake by allowing women to enter the Sabarimala. Kadakampally Surendran is also contesting in the upcoming Kerala assembly election.

“It was a strange incident in 2018. Everyone is disappointed over it. We are also disheartened about the Supreme Court verdict and related issues in Sabarimala. But we hope that the public is no more worried about the incident. Whatever be the verdict of the Supreme Court over the women entry in Sabarimala, we will only implement it after holding talks with the believers. We have been repeating this stance. The government has already quashed all cases relating to the Sabarimala protests. All these moves are upholding one message,” said the minister.