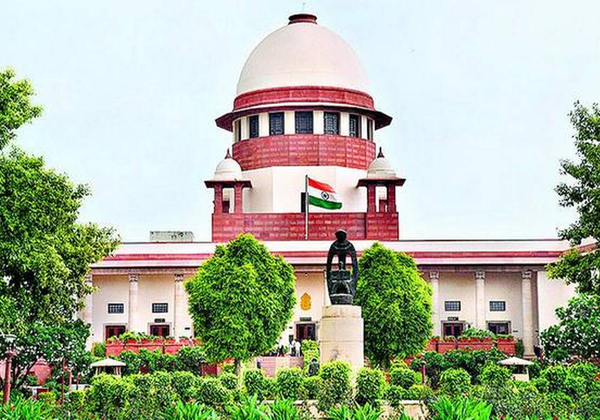 The petitioner M L Sharma had requested the court to ban the slogan and lodge criminal cases against people raising it.
The court asked the petitioner to move to the High Court. But, when the petitioner showed a willingness, the Supreme Court dismissed the plea.

The petitioner had argued that the slogan of ‘Jai Shri Ram’ vitiates the environment.

Sharma had accused the Bharatiya Janata Party of provocatively using the religious slogan and had requested the court to look into the merits of the slogan.

In the past, Sharma has been fined by the Supreme Court for filing ‘frivolous’ PILs.

The assembly election in West Bengal has become a battle between the ruling Trinamool Congress and the Bharatiya Janata Party.

Surprising many, the BJP won 18 of 42 Lok Sabha seats in West Bengal in the 2019 general election.
Many times in the recent past, Chief Minister Mamata Banerjee had publicly complained about the slogan ‘Jai Shri Ram’.