Gita makes us think, inspires us to question, and keeps our mind open 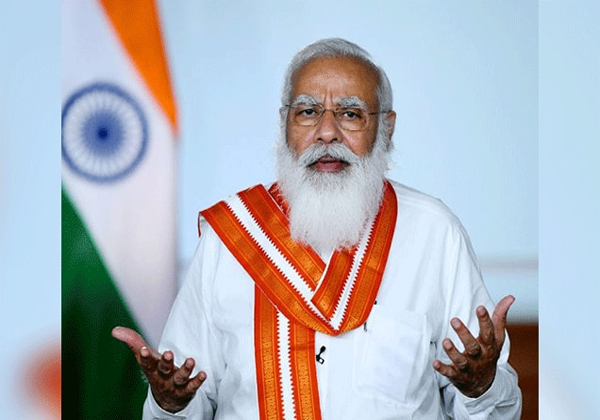 Launching the e-book version of Swami Chidbhavanand Ji’s Bhagvad Gita, he lauded the efforts to bring out e-book version as this would connect more youngsters with the noble thoughts of the Gita. Traditions and technology have merged. He said that this e-book would also deepen the connect between the eternal Gita and the glorious Tamil culture. This e-book would enable the Tamil diaspora spread across the world to read it easily. He praised the Tamil diaspora for scaling new heights in many sectors and yet carrying the greatness of Tamil culture wherever they went.

He said the beauty of the Gita is in its depth, diversity and flexibility. He noted that Acharya Vinoba Bhave described the Gita as a Mother who would take him in her lap if he stumbled. Great leaders like Mahatma Gandhi, Lokmanya Tilak, Mahakavi Subramania Bharathi were inspired by the Gita. He said the Gita makes us think, inspires us to question, encourages debate and keeps our mind open. He added anybody who is inspired by Gita would always be compassionate by nature and democratic in temperament.

Shrimad Bhagavad Gita was born during conflict and depression and humanity is passing through similar conflicts and challenges now. He added that the Bhagvad Gita is a treasure of thoughts that reflects the journey from depression to victory. The path shown in the Shrimad Bhagavad Gita becomes ever relevant at a time when the world is fighting a tough battle against an epic global pandemic and bracing for a far-reaching economic and social impact. He said Shrimad Bhagavad Gita could provide strength and direction for once again emerging victorious from the challenges faced by humanity. He quoted a peer reviewed journal of cardiology published by University of Oxford which talks at length about the relevance of Gita during the time of COVID pandemic.

The Prime Minister said the core message of Srimad Bhagvad Gita is action because it is far better than inaction.

PM Modi urged the people, especially the youth, to have a look at the Srimad Bhagavad Gita whose teachings are extremely practical and relatable. Gita would provide an oasis of calm and peace in the middle of fast paced lives. It will free our mind from fear of failure and put focus on our action. He said every chapter has something to offer to cultivate a positive frame of mind.