“Free Hindu Temples”, from the clutches of the ‘Secular’ government 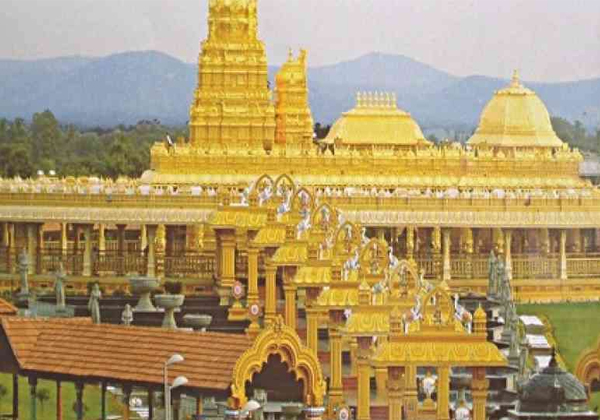 Chennai. It has almost become a fashion statement for all political parties during poll season to pledge their commitment and support in preserving and protecting Hindu temples in Tamil Nadu.  One would also see that a huge sum of money towards this would be promised in their election manifestoes, ‘if they come to power’.

However, on a deep dive, one can understand that the successive governments in TN after Independence have systematically hoodwinked Hindus to make them believe that unless government takes control of the Hindu temples, it would be mayhem and hence it is in the interest of Hindus that government is taking this responsibility.

In fact, successive governments have taken Hindus for a ride in not only mismanaging temple administration and properties, but also in interfering in ‘aagamas’ by misusing the imaginary power vested on them under “Tamil Nadu Hindu Religions and Charitable Endowments Act, 1959”.

For whatever reasons, be it Hindu apathy or government’s neglect to Hindu sentiments, this legislation was never challenged in the Court of Law till Pujya Shree Swami Dayananda Saraswati took this initiative to file a Writ Petition in the Supreme Court in 2012. He challenged the provisions of the TN HR&CE Act 1959, stating that it contains the same clauses struck down by the Hon’ble Supreme Court of India in “Shirur Mutt” case.

While the legality of the legislation itself is in question and in all fairness likely to be struck down by Supreme Court of India, the atrocities committed by the successive state governments by invoking the provisions of this flawed legislation are unimaginable. Right from mis-managing the temple funds, lack of maintenance of property records, usurping temple lands for other public/ private use, interfering in the aagamas of the temple, hosting events of irrelevance inside the temple premises and whatnot. In addition, the announcement of allocation of funds to Hindu temples is another misnomer as the ‘promised funds’ are from the HR&CE kitty and not from the common government kitty. Which would mean that the funds donated/contributed by Hindus are promised to be given back to us by government.

The only solution to all these maladies is to Free Hindu Temples from the clutches of the ‘secular’ government and allow Hindus to manage their own religious affairs. It is not a privilege to be done by any government, but it is the basic right of Hindus When will Hindus enjoy this basic right?