Mother of Walayar minor girls to contest against CM; Vijayan says govt has always stood by her 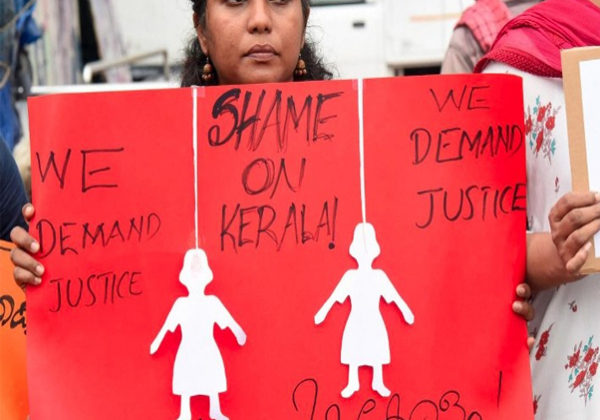 Hours after the mother of two minor girls who were found dead in suspicious circumstances in 2017 announced that she would contest against the Kerala Chief Minister at Dharmadam in the April 6 assembly polls, Pinarayi Vijayan said his government had always stood by her and never hurt her. “We have stood by that mother and done whatever was sought by her and have no conscience prick. We have not hurt her in any manner,” Vijayan, who is now on the campaign trail in Kannur, told a press conference.

If she is taking some stand taken by some people accompanying her, she is free do so, The government has already handed over the case to CBI, Vijayan said when asked about the woman’s announcement that she would contest against him at Dharmadam as an independent candidate. The two girls, hailing from Walayar in Palakkad, were found hanging inside their house after alleged sexual assault in 2017.

“I want justice for my daughters. I had met the Chief Minister at Thiruvananthapuram…cried and begged him to ensure that those responsible for the death of my children should be brought to book. I will contest against Vijayan as an independent,” the woman told reporters in Thrissur earlier in the day.

Except the Sangh Parivar, we will take support of everyone, she said.The woman, who had tonsured her head against alleged government inaction against the two police officers who had investigated the case, is on a “Neethi Yatra” from Kasaragod to Thiruvananthapuram demanding action against them, The campaign will end on April 4.

While the BJP has fielded former state president, C K Padmanabhan, the Congress-led UDF is yet to announce its candidate at Dharmadam. KPCC President, Mullapally Ramachandran said if she has decided to contest at Dharmadam, that is the right decision. Asked if the Congress would support her candidature, he said “we have to discuss in the UDF and take a decision.” The LDF government had in January decided to hand over to the CBI the probe into the death of the two sisters shortly after the Kerala High Court ordered a retrial in the sensational Walayar case.

Allowing appeals filed by the state government and the mother of the children, the high court had on January 6 this year ordered a retrial in the case, observing that there were “serious lapses” in the investigation and that there has been “miscarriage of justice”. The court had also set aside an October 2019 order of POCSO (Protection of Children from Sexual Offences (POCSO) court acquitting the five accused for want of evidence. The eldest of the siblings aged 13 was found hanging inside their hut in Walayar in Palakkad district on January 13, 2017 and her nine-year old sister had died on March 4 in the same manner. A public outcry and protests had erupted in the state after the acquittal of the accused, seeking justice to the family of the girls.