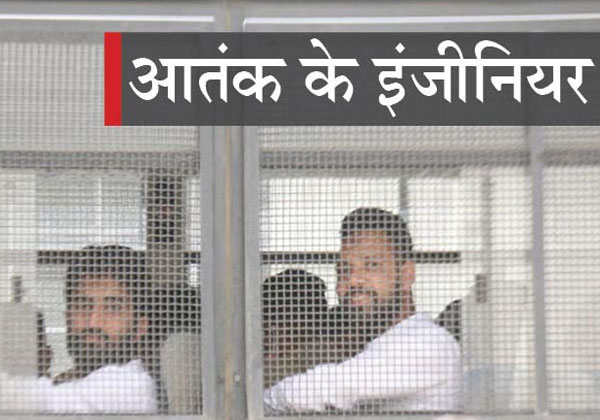 Jaipur district court has given life sentences to 12 of 13 SIMI members arrested in 2014, while one of the accused has been acquitted. All were engineering students who had links with the terrorist organisation ‘Indian Mujahideen’ when they were arrested in March 2014 by ATS and SOG of Rajasthan Police.

The sleuths of the ATS (Anti-Terrorism Squad) and SOG (Special Operations Group) had arrested 13 suspects from Jaipur, Sikar, Pali, and Jodhpur in March 2014 after receiving inputs from the ATS in Delhi who had interrogated some terrorists in the national capital.

The trial was going on in the district court for the past seven years. The acquitted Chhotu Khan, son of Mashraf Iqbal, is a resident of Jodhpur. In 2014, these 13 engineering students were arrested from Rajasthan under UAPA and Explosives Act.

The prosecution presented several pieces of evidence, including 178 witnesses.

The ATS in Rajasthan had also claimed that one Omar, a relative of Maruf, who was arrested from Jaipur, had approached these youths through the internet to activate SIMI’s sleeper cell. Following this, these youngsters became active and got involved in terrorist activities.

“All 12 accused were found guilty in the case of sedition under IPC sections of 121 and 122. We pleaded and convinced the court that the life sentence is the minimum punishment in the sedition case and the court accepted all our arguments and has given life sentence to all these criminals. Besides sedition, we had also charged them under various sections of the UAPA Act and Explosive Act and all of them have been proved in the court,” said Liaquat Khan from the prosecution side. Besides the life term, the convicts have been fined Rs 1.5 lakh each.

The convicted youths have been found guilty of buying SIMs by showing fake documents, raising funds in the name of Jihad, giving shelter to terrorists and conducting recce for bombings. The ATS had also recovered laptops, phones, pen drives, books, documents, and electronic items from them. On the information of the Delhi ATS, the Rajasthan ATS had registered an FIR in this case on March 28, 2014.