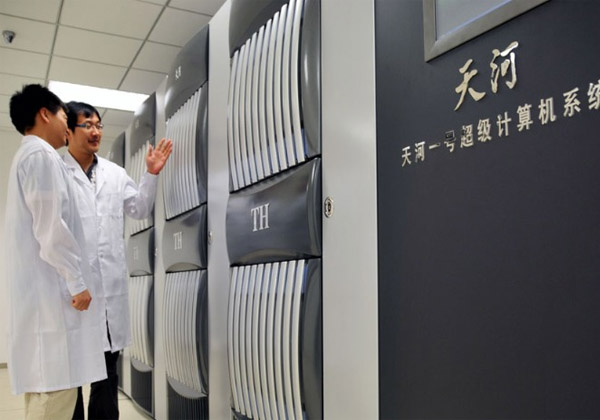 In its first move against Chinese companies, the Biden administration has blacklisted seven Chinese entities from obtaining US tech. These entities are accused of building supercomputers to help its Military.

The US Dept. of Commerce in its press release, stated that these entities are involved with building supercomputers used by China’s military actors, its destabilizing military modernization efforts, and/or weapons of mass destruction (WMD) programs.

U.S. Secretary of Commerce Gina M. Raimondo in a statement said – “Supercomputing capabilities are vital for the development of many – perhaps almost all – modern weapons and national security systems, such as nuclear weapons and hypersonic weapons. The Department of Commerce will use the full extent of its authorities to prevent China from leveraging U.S. technologies to support these destabilizing military modernization efforts.”

While the blacklist bars US-based companies from providing services and products to the Chinese firms, it doesn’t bar those that are produced in facilities outside of the US.

The Entity List is a tool utilized by BIS to restrict the export, re-export, and in-country transfer of items subject to the EAR to persons (individuals, organizations, companies) reasonably believed to be involved, have been involved, or pose a significant risk of being or becoming involved, in activities contrary to the national security or foreign policy interests of the United States.

Additional license requirements apply to exports, re-exports, and in-country transfers of items subject to the EAR to listed entities, and the availability of most license exceptions is limited.