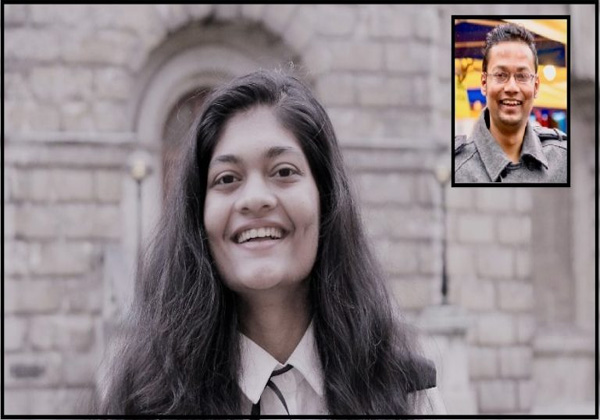 Hindu organisations in the UK have written to UK PM Boris Johnson to address Hindu hatred in Oxford University and also to take action against Hinduphobic faculty of the University. The letter to the UK PM has been signed by 119 British/Hindu organisations including the Hindu Council of UK, Hindu Forum of Europe, Akshay Patra Foundation (UK), Global Kashmiri Pandit Diaspora (UK), many temple trusts like Sree Swaminarayan Temple Cardiff, Shree Krishna Mandir, Leamington Spa and many community and state associations in the UK.

The letter states that being a fully integrated, very law-abiding, and Highly contributory community in the UK, the British Hindu/Indian diaspora is presently extremely distressed, agitated, and angry at the lack of action by the Oxford University towards Hindu hatred and bigoted views promoted by its faculty member.

Highlighting the case of harrassment of Rashmi Samant, who was the first Indian female to be elected President of Oxford Student Union, she was forced to resign by the “cancel culture” woke brigade because of her distant past social media posts for which she sincerely apologised.

Dr. Abhijit Sarkar, Oxford University faculty member, who instigated hate-filled trolls on social media against Rashmi which led her to go into hiding and finally leave the country has been mentioned in the letter. “Dr. Sarkar continued stalking Rashmi on social media, attacking her and her family for their Hindu faith and beliefs which led her to severe depression and hospitalisation”, the letter states.

The organisations state that Dr. Sarkar’s posts “reflect his racist and bigoted views with multiple misogynistic and sexualised comments including gender slurs to various women on social media”. This amounts to a breach of the University’s Equality Policy, and Policy and Procedures on harassment. In effect, he has committed a “hate crime”, says the letter.

The letter blames the University and the Thames Valley Police for not taking any action against the accused faculty in spite of global outrage, including discussion in the Indian parliament, hundreds of emails, around 50,000 signatures on online petition and nearly 100 hate crime complaints to the police. Alarmingly there is not a single statement by the University nor by the Thames Valley Police to allay these concerns, says the letter.

The organisation has demanded that Dr. Sarkar should be suspended with immediate effect and finally expelled after a thorough investigation. “He is not fit to be a faculty member with such a perverted mindset. Hindu students (particularly female) would not feel safe and comfortable in his presence”, states the letter. The letter further demands the Thames Valley Police should seriously investigate and charge his for a hate crime. Dr. Sarkar came to the UK on an ‘Exceptional Talent Visa’, the Home Office should review his visa status in view of his racist and hateful actions on social media.

Writing on the ‘global impact’ of the entire episode on the University and UK, the organisations in their letter say that Indian students rank second in the number of overseas students (non-EU) in the UK and this number is going to increase in the coming years. However, this incident will have a detrimental impact on Indian students if the Oxford University and Thames Valley Police do not take any decisive actions.

“The British Hindu/Indian diaspora in the UK appeal to you to seriously look into this matter and direct the concerned authorities/ institutions to take strong actions against those who commit such hate crimes against individuals or community”, states the letter.

The letter reminds the UK PM of the Batley Grammar School episode where Head teacher Gary Kibble was suspended for showing cartoon of the Prophet Muhammad to his pupils after outrage by the Muslim parents and residents. “We wonder what the reaction of the University or the Police would be if a similar incident occurred with another community (e.g. Batley Grammar School). Pause for thought!”, states the letter.