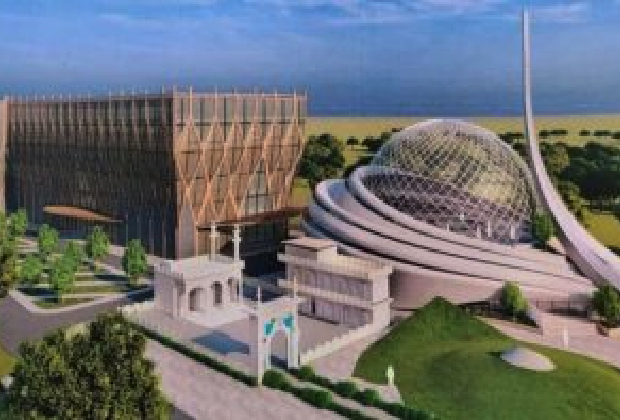 New Delhi : Finally it is the end of Mughal invader Babar legacy at Ayodhya, the sacred land where God Ram was born. Following the November 9, 2019, historic verdict of the Supreme Court favouring construction of a grand Ram Temple at Ayodhya in Uttar Pradesh, it was also ordered that a mosque would be set up at Dhannipur village at Ayodhya.

The Indo Islamic Cultural Foundation (IICF) set up by the Sunni Waqf Board has announced that it will name Ayodhya’s Dhannipur mosque complex after Ahmadullah Shah Faizabadi, who had fought the colonial British rulers during the famous revolt of 1857.

The Supreme Court had ruled in favour of the construction of a Ram temple at the disputed site in Ayodhya and directed the Centre to allot an alternative five-acre plot to the Board for a new mosque at a prominent place in UP. The UP government allotted a five-acre land in Dhannipur, Ayodhya and the blueprint of the mosque has been also unveiled.

Notably, the IICF trust had taken a decision not to name the mosque after Mughal emperor Babar. The disputed structure named ‘Babri Masjid’ by a section at Ayodhya was brought down during the temple movement on December 6, 1992.

The mosque will also have enough space to accommodate around 2,000 people at a time. Faizabadi was known as the ‘lighthouse of Independence’ for keeping Awadh free of British dominance for over two years after the revolt.

During the 1857 mutiny, Faizabadi fought along with royalties like Nana Sahib and Khan Bahadur Khan.

He was killed in 1858 by the king of Powayan Raja Jagannath Singh.

The book, ‘History of Indian Mutiny’ penned by British officers George Bruce Malleson and Thomas Seaton refers to the valour of Faizabadi and spoke about his bravery and the royal battle.