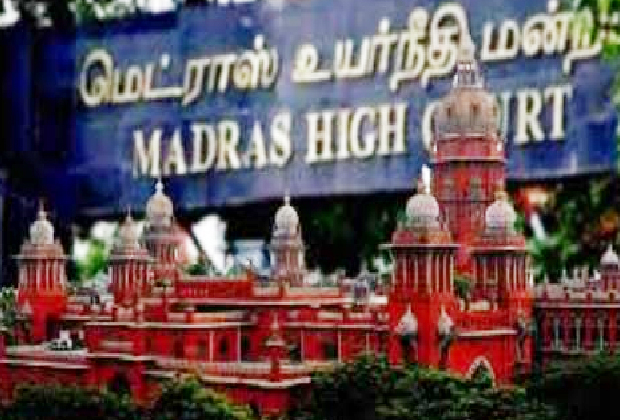 Chennai : A recent verdict of the Madras High Court bench comprising Justices R. Mahadevan and PD Adhikesavalu has clearly said that 100 years plus old temples, including single idol temples, have to be categorised as ancient heritage. The properties which have been offered to temples by devotees out of their free will, on contingent happening, shall belong to the temple alone and no one has the right to alienate the temple properties. “No one” includes HR & CE too. The lease amount, rentals from such temple properties and proceeds from arable lands donated to temples, shall be temples’ income alone.

A recent retrieval of 5.5 acres of land worth between Rs. 250-300 crores belonging to Vadapalani Murugan Temple, was hailed by all, and rightly so. But HR & CE Minister Sekar Babu’s ominous announcement that the property will be put to use for “the poor” has raised the eyebrows of Hindus.
The Same thing happened in 2008. The erstwhile Chief Minister Karunanidhi had leased out this land to TN Corporation for Development of Women. Then the Corporation handed over the property to the Social Welfare Department, which had constructed a hostel for women on a portion of that land. Also, the lease amount which had been fixed at Rs.1 lakh per month, has never come.

Last year, Kerala Chief Minister Pinarayi Vijayan’s claim over temple funds for his CM Relief Fund was struck down by the court. This verdict was applied, when erstwhile CM of Tamil Nadu asked all the temples big, medium, small, income wise, to contribute towards CM Fund for Corona Relief and was duly stalled.

Minister Sekar Babu’s specious announcement that the retrieved temple property will be used for poor people has evoked a question namely, “How can HR & CE take matters into its hands in deciding to whom the temple properties should be leased to?” The awareness amongst Hindus now is so high that, Hindus now want to know, while departments for Development of Women and Children, Social Welfare, etc., exist, why should Sekar Babu’s ministry be indulging in noble deeds by draining temple funds?

Let, Sekar Babu be informed that according to Law, properties of the temple belong to the Deity alone and income from such property shall go to respective temples only. The temple has taken possession of the RETRIEVED land being used as a huge parking lot which was vacated in one day’s notice. So far so good.

One question remains. Will the ministry of the secular government dare take over Waqf boards and Churches for claiming their properties, of course “for upliftment of the poor”?