HC-Kerala : Why Do Most Of The Political Murders Take Place In Kannur ? 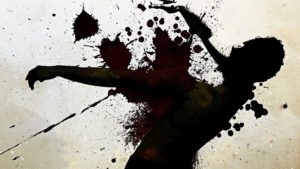 HC-Kerala : Why Do Most Of The Political Murders Take Place In Kannur ?

KOCHI: “Why are most of the political murders in Kerala happening only in Kannur district?” the Kerala high court asked on Tuesday.

A division bench of the court was considering a petition seeking CBI probe into the conspiracies behind the seven political murders allegedly carried out by CPI-M since the party came into power in May last year.

The petition filed by Kannur-based Gopalan Adiyodi Vakkeel Smaraka Trust’s secretary RK Premdas came up for admission hearing on Tuesday, the bench asked, “Why are most of the political killings happening only in Kannur district?” The petitioner had cited the murders of seven RSS/BJP workers out of which four were in Kannur.

The AG submitted it was not necessary to hand over the probe to any other agency as the local police were investigating the case effectively. Of the seven cases cited in the petition, chargesheet was filed in four cases. There has been no allegation regarding the probe till date, he said. The Centre and the CBI have not taken any specific stand and left it to the court to pass an order, said the court order.

The plea stated of the seven cases, four were registered in Kannur and one case each in Palakkad, Kollam and Thiruvananthapuram. It alleged the state police are not taking effective steps for conducting an impartial probe in these cases. The plea said CPM workers have been arraigned as accused in these cases. In some cases, the accused are party activists from the constituency of Chief Minister Pinarayi Vijayan, who holds the Home portfolio.

The petitioner said facts and circumstances of the seven cases reveal high-level political conspiracy was hatched to execute the murders and there were efforts to save the real culprits. However, the state police have not properly probed the conspiracy angle in any of the cases. There were deliberate attempts to derail the investigation at the instance of the ruling party with the intention to save the culprits. The chain of political murders is adversely affecting peace and prosperity of the state and the murders continue unabated mainly for the reason in most of the cases, activists of the ruling party are involved, the plea stated. Hence, the petitioner sought CBI probe into the cases for impartial and effective investigation.

It is alleged by the petitioner in the case that political murders are continuing in the state mainly for the reason that activists of the ruling party are involved and as the process of law is intentionally sabotaged by the ruling party.Government also opposed the demand for further investigations by CBI into the cited murders by submitting that police is investigating the case effectively. No allegations have been raised regarding the investigations conducted by police until now and final reports have been filed in four out of the seven cases, the court was told.
The court has now asked the state government to inform its views in the form of a counter affidavit and has posted the case for further hearing on October 30.

The murders referred to by the petitioner includes the killing of RSS worker Remith at Pinarayi in Kannur on October 12, death of local BJP leader Santhosh Kumar of Andallur in Kannur on January 18, murder of local BJP leader CK Ramachandran of Payyannur in Kannur on July 12, killing of RSS activist Biju on May 12 at Palakkod in Kannur, death of BJP worker Vimalaand Sri Radhakrishnan at Kanjikode in Palakkad on December 28, murder of BJP worker Raveendran Pillai at Kadakkal in Kollam on February 2, and the death of local RSS leader Rajesh near Sreekaryam in Thiruvananthapuram on July 29.