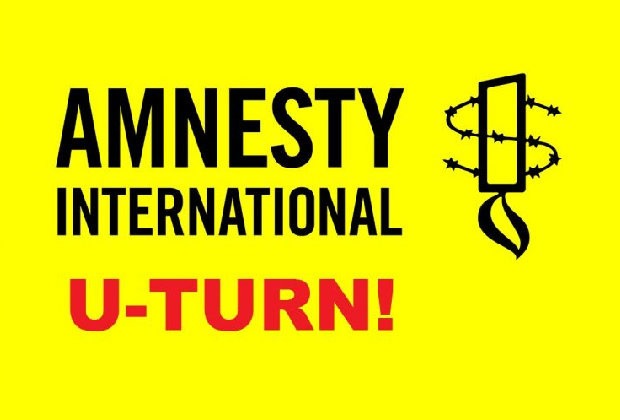 Days after alleging that the Israeli firm, the NSO Group, of supplying ist ‘Pegasus’ spyware to governments and raising a brouhaha in several countries, Amnesty has now said that it never claimed the list was ‘NSO Pegasus Spyware List’!

Amnesty and several other international media organisations linked the spyware to a so-called ‘list’ of smartphone numbers of activists, journalists, politicians and claimed that those on the list were spied through the Pegasus spyware installed on their phones without their knowledge. The claims had created a furor in several countries like France, UK, Pakistan and many African countries. In India the opposition had tried to target the central government over the row and even created a ruckus in the parliament.

However, Amnesty International’s massive u-turn has put an abrupt end to a controversy that many tried to milk for political upmanship in several countries.

Israeli media outlet Calcalist reported that Amnesty International has now clarified that they never said that the leaked list of numbers had any connections to the NSO Group’s Pegasus project and it was the media that portrayed the ongoing controversy to Israeli firm NSO. Journalist Kim Zetter in a series of tweets reported Amnesty’s u-turn.

“Amnesty, and the investigative journalists and media outlets they work with have made clear from the outset in very clear language that this is a list of numbers marked as numbers of interest to NSO customers” – meaning they are the kind of ppl NSO clients might like to spy on, he wrote.

“So Amnesty is essentially saying now that the list contains the kind of people NSO’s clients would ordinarily be interested in spying on, but the list isn’t specifically a list of people who were spied on — though a very small subset of people on the list were indeed spied on”, tweeted Zetter.

Quitting a tweet from Amnesty, Zetter wrote – “Amnesty is saying they were very clear from the start that the list was not a list of NSO spying targets. But their tweets were not clear about that at all”.

On Sunday, Forbidden Stories, a Paris-based NGO along with Amnesty International, claimed to have accessed a database of 50,000 phone numbers from NSO group which may have provided its software to entities to snoop on these targets. The list was then published by several media outlets to claim that clients of the NSO Group used Pegasus to “hack, or try to hack,” phones of opposition leaders, journalists, human rights activists and others.

Pursuant to the publication of the Calcalist report, Amnesty on 22nd July said that it categorically stands by the findings of the Pegasus Project, and that the data is irrefutably linked to potential targets of NSO Group’s Pegasus spyware.

Amnesty said that the claims of u-turn as’false rumours’ pushed on social media to distract from the widespread unlawful targeting of journalists, activists and others that the #PegasusProject has revealed.