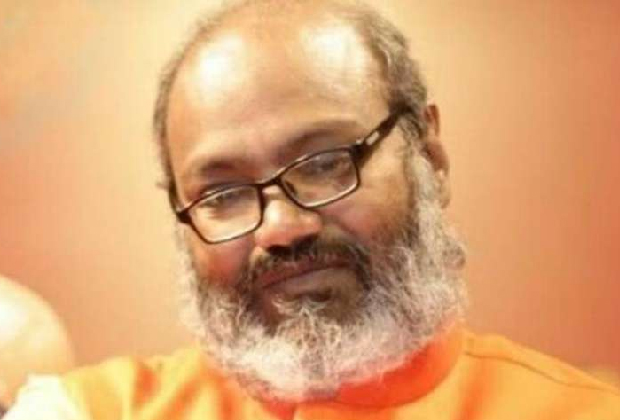 The police (Ghaziabad Police) are scanning the CCTV footage installed at the temple premises to find the attackers. The police have gathered in the investigation of this deadly attack on Naresh Anand. Efforts are being made to arrest the culprit as soon as possible. The Mahants of Dasna Devi temple are often on the target list for terrorists because of their outspoken rhetoric.

Naresh Anand, who hails from Bihar, lives with Mahant Narsinghanand Saraswati of the Saraswati Devi temple. Another accomplice tried to stab him in the neck, but he survived. Mahant Naresh Anand Saraswati was attacked with knives, and his condition remains very critical. He has been taken to Yashoda Hospital for treatment.

Naresh Anand was sleeping in a room at the temple premises itself. It was hot at night, so he came outside to sleep. There was another boy with him. It was here that after a while, someone from outside attacked him with a sharp knife. Not only was he stabbed in the stomach, but he was killed in such a way that the criminals had been sent after being taught.

Naresh Anandji’s condition remains critical. The other boy has knife marks on his neck. Luckily, the knife broke as soon as he hit it. In Dasna, it is said that only five per cent of Hindus are left.

Ghaziabad Police has also issued its statement regarding this incident. The SP of Ghaziabad Police said: “It happened around 3:30-3:45 pm. Naresh Anandji was staying in Dasna temple. He had come from Samastipur in Bihar to attend some program on 7th August. They were sleeping outside in the open. As it is being told, then a man came and stabbed him several times with a knife. As soon as the information was received, he was admitted to the hospital. His condition is fine, and he is undergoing treatment.

The SP added: “We are probing all the aspects in the matter whether anyone had come from outside or was there a person around or knowledgeable. All aspects are being checked by looking at electronic surveillance and CCTV footage. Action will be taken against whoever is found guilty.”