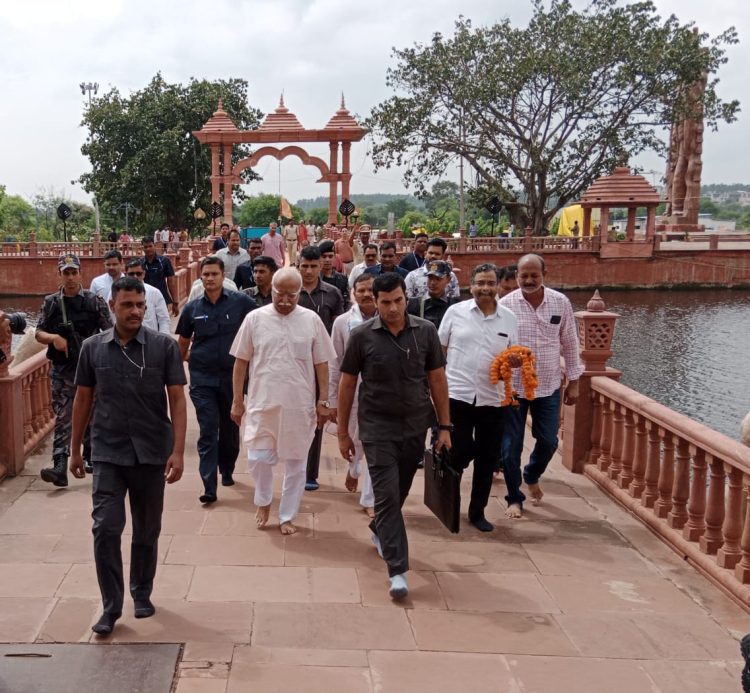 Dr Bhagwat is in the Chhattisgarh capital to attend the Akhil Bharatiya Samanvay Baithak 2022 of the RSS inspired organisation. The meeting concluded Monday evening.

He later went to the Ram Temple on the VIP road and offered prayer. The Ram Temple is a centre of attraction in the Chhattisgarh capital with magnificent architecture.

The Sarsanghchalak makes it a point to visit the historic temple of the area during his stay.