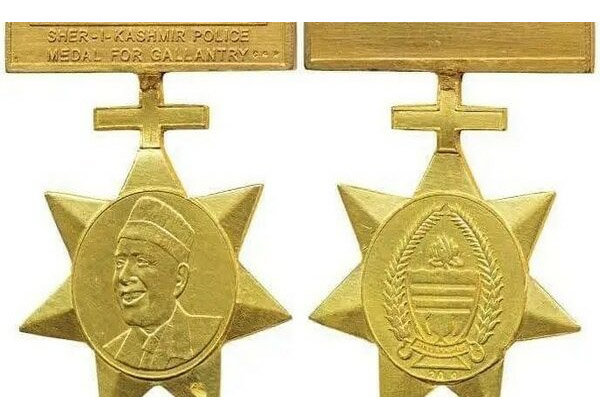 Jammu Kashmir : In an important step to implant patriotism, the Jammu and Kashmir Government on Monday ordered replacement of Sher-i-Kashmir Sheikh Mohammad Abdullah embossed on one side of the Police medal for Gallantry and Meritorious Service with the National Emblem of Government of India.

It is also to mention here that in 2019, the J&K administration had dropped ex-chief minister Sheikh Abdullah’s birth anniversary from it’s list of public holidays for 2020. The Govt had included, October 26 which is observed as “Accession Day” on the list of Holidays.

It is important to mention here that earlier, in January 2020, the J&K administration had changed the nomenclature of police medal for gallantry and police medal for meritorious service by dropping the word ‘Sher-i-Kashmir’ from the titles of the awards. ‘Sher-I-Kashmir’ was a reference to National Conference founder Sheikh Mohammad Abdullah. It was dropped from the title of the J&K police medal months after the abrogation of Article 370 and 35A in August 2019.