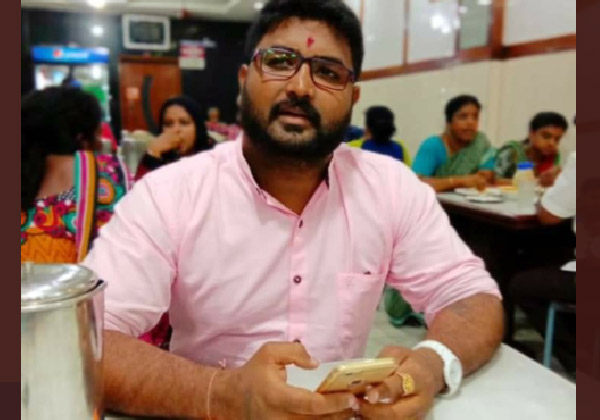 Chennai : Three miscreants killed the BJP minority wing leader in Tamil Nadu’s Chennai on Tuesday, May 24. Balachandar (30) was murdered in Chintadripet by an unknown gang.

Before Balakrishnan, Balachandar’s PSO, could return, the gang jumped into two four-wheelers and fled the scene.

The killing of yet another BJP functionary has generated serious concerns about the city’s law and order situation.

Edappadi K. Palaniswami, the head of the opposition, also criticised the law and order situation, alleging that Chennai had become the “murder city,” with 18 killings in the last 20 days.

Earlier, a BJP functionary Radhakrishnan and his wife, Renuka were attacked by PFI terrorists

Radhakrishnan a resident of Panangalmukkai near Pudukkadai in Kanyakumari district. He and his wife Renuka were going to the office at Erumbukaadu. A four-member gang on two motorcycles intercepted them when they passed through Thingalnagar near meykkodu on their bike. The mob attacked them with iron rods. Radhakrishnan sustained severe injuries and fractures in his legs and hands in the attack. The gang attacked his wife, too, besides issuing threats to their lives. Hearing their cries, people nearby rushed and took them to a private hospital. The four-member gang fled the scene.