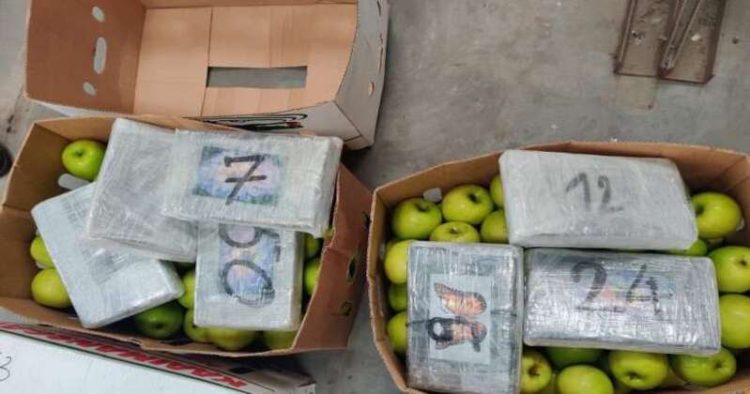 DRI has seized 50.2kgs of cocaine worth Rs 520 crores in Mumbai which was smuggled into the country in green apple boxes. The ‘apple boxes’ are consigned to Vijin Varghese and Mansour, the same people who were allegedly involved in the smuggling of Rs 1,476 crores  worth contraband from South Africa in orange boxes, read, drugs last week. Cocaine was packed in more than 1000 apple boxes. Mansour’s More Fresh, Johannesburg, is the consignor and Vijin’s Yummitto International Foods, Kalady (Ernakulam district, Kerala) is the consignee. It is reported that Mansour smuggles contraband into Bharat through some others also.

Reports suggest that NIA will take over the case in connection with the Iranian boat seized, off Kochi, with heroin on board.