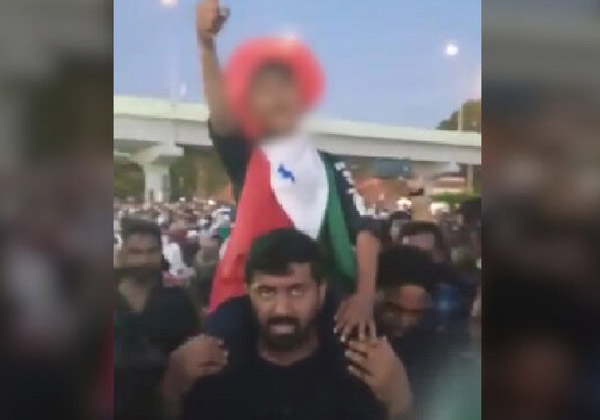 Alappuzha : After launching a preliminary investigation into a purported video in which a minor boy was raising provocative slogans during a march by the Popular Front of India, Kerala Police on Tuesday (May 23) informed that they had registered a case against PFI Alappuzha district president Nawas Vandanam and District Secretary Mujeeb in the matter.

The police registered a case against the PFI Alappuzha district president, secretary and other identifiable persons under section 153A of the Indian Penal Code (IPC).

Kerala Police further said that an activist of the Popular Front of India (PFI) had been taken into custody in connection with a viral video showing a child shouting hate slogans against people belonging to Hindu and Christian communities in Kerala, officials informed on Tuesday.

Kerala Police on Monday said that they have begun investigating a viral video in which a boy is seen raising a provocative slogan allegedly at a Popular Front of India (PFI) march.

“The video came to our notice and we are examining where this happened,” said the police.

Further investigation into the matter is underway.