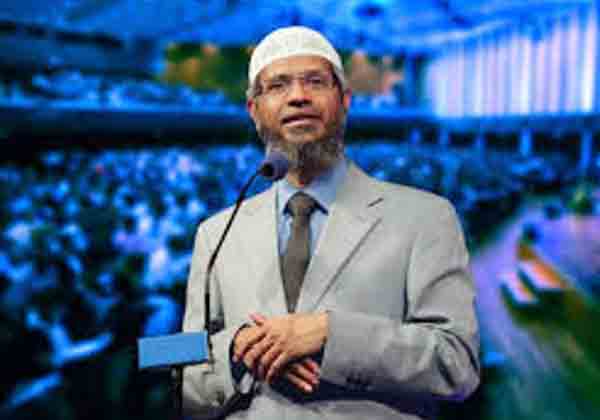 New Delhi: In a major backlash for controversial Islamic hate preacher Zakir Naik, who is absconding and believed to be living in Malaysia, the Government of India is mulling to impose a ban on his Peace TV channel, mobile App and its YouTube channel for inciting religious sentiments.

In its report to the Home Ministry, the Intelligence Bureau (IB) has mentioned that Naik’s organisation, Peace TV and its social handles are engaged in recruiting and radicalising innocent Muslim youths and alleged anti-India activities.

The IB report further stated that Naik’s outfit and its network has close links with the Jihadi groups and gets regular funding from the Arab countries for executing the jihadi propaganda in India. Peace TV and Peace TV Urdu, the television channels owned by Naik, were slapped with a fine of Rs 2.75 crore or GBP 300,000 in the United Kingdom.

According to a report, nearly two years after the government banned the broadcasting of the controversial Peace TV channel of Zakir Naik, wanted in India for money laundering and inciting extremism through hate speeches, the controversial content continues to reach millions worldwide.

With over a lakh downloads on Google Play Store, the free Peace TV app broadcasts in four languages- English, Urdu, Bangla, and Chinese. The 24-hour live feed offers different programmes for each channel.

Through this application, an uninterrupted 24×7 live telecast of Naik’s TV channel is available across India. Despite being banned in India, Sri Lanka and Bangladesh for its hateful content, the app has an age rating of 3+.

He has been accused by authorities there of trying to break the harmony and spreading against the local communities there. India has formally requested the Malaysian government to extradite fugitive Zakir Naik and government is taking it up with Malaysia at the highest level.