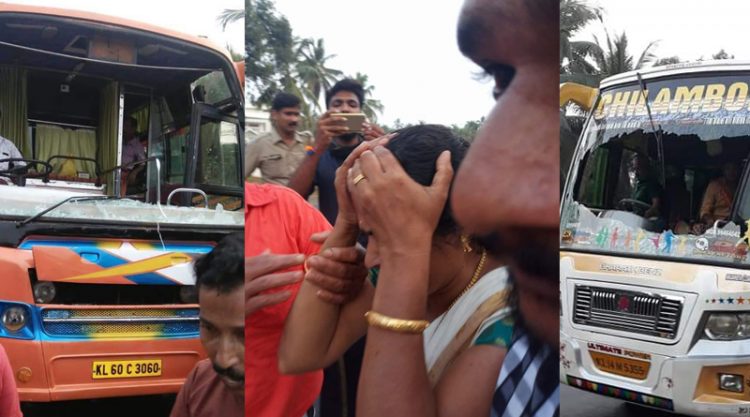 The Ayappajyothi conducted by devotees to safeguard the age old traditions in Sabarimala was attacked at multiple places by communist goons in Kerala. Karivaloor a border region between the Districts of kannur and Kasargod witnessed the fiercest of the attacks. Many devotees including women and children were brutally attacked and bombs hurled at. The injured were admitted to the district hospital. The bus carrying the organisers was also damaged in the attack and the organisers of the event were thrashed leaving few people injured. Accusing the CPI(M) for attacking the people the BJP blamed the party cadres for the incident.