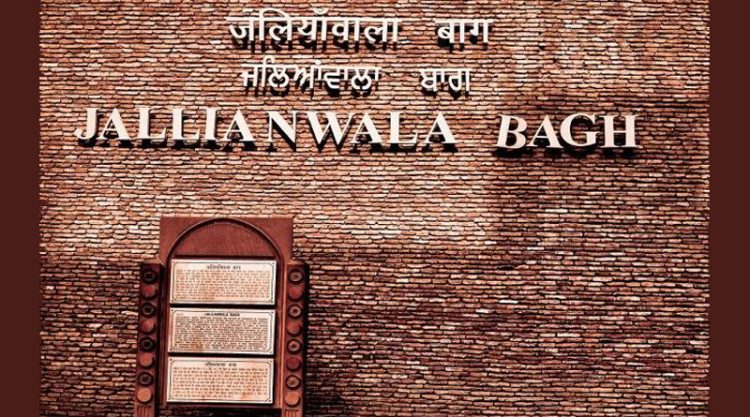 The massacre at Jalianwala Bagh on the auspicious day of Baisakhi, 13th April 1919 was a brutal, gruesome and incitive incident that not only aroused, angered and agitated the Bharatiya mind but shook the foundations of the British Government.

The draconian Rowlett act was passed despite the opposition of the Bharatiyas. This legislation faced all round opposition. A wave of anger spread among the people with the news of arrest of Dr. Saifuddin Kichlu and Dr. Satpal, two prominent leaders of Amritsar. General Dyer prohibited all the meetings, processions and public gatherings. A meeting was organized on 13th April disregarding this order.

More than 20,000 people assembled at Jalianwala Bagh despite the ban. General Dyer blocked the only entrance to the venue and ordered to shoot the gathering without any warning. Pandemonium broke out and hundreds of people died and thousands injured.

This gruesome carnage massacre generated fierce anger and opposition against the British all over the country. After some days, Ravindranath Thakur returned his Knighthood as a mark of protest. Sardar Bhagat Singh took the oath of freedom with the blood soaked soil of that place in his hands and brought it to his home. An eye witness to this carnage, Udham Singh assassinated Lt Gov. O’Dwyer some 21 years later in 1940 in England, by spraying bullets during a ceremony. Jalianwala Bagh became an inspiring pilgrimage for all the patriots and thousands of people came forward to tread the path of struggle and martyrdom for attainment of freedom.

This is the centenary year of the historic event of Jalianwala Bagh. It is our duty to see that the immortal story of this sacrifice reaches the nook and corner of the country. We appeal to the entire society to organize more and more possible events at this historical juncture and buttresse the meaning of the verse:

(You have given life to the nation, What nation will give you?

To keep its flame burning, will always remember you)