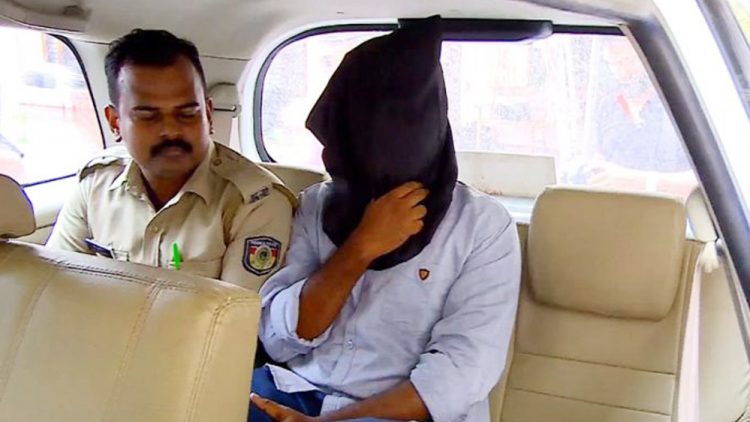 In a startling statement,the IS operative Riyas Aboobacker who was arrested last day by National Investigation Agency has revealed that terrorists had planned an attack in Kerala. The planning was to carry out terror operation on new year day and the suggestion to target Kerala was done by terrorists who joined IS from the state itself. They had asked Riyas to collect explosives for carrying out operations in the regions where foreigners gather. But the IS sympathisers who were with Riyas discouraged the operation, Riyas told NIA team.

Riyas Aboobacker had been in constant contact with Safran Hashim, the mastermind behind Sri Lankan attacks. Riyas has already committed to National Investigation Agency that he was attracted by the speeches of Safran Hashim and used to listen to his audio messages. Riyas will be produced in a court in Kochi.

As per the warning of the NIA team that the next target of the terrorists of  Easter attacks in Sri Lanka will be Kochi, security has been strengthened in coastal regions.  State wide security must be beefed up, the security team has informed.

Special team of the National Security Guards has reached Kerala to analyse and inspect the security arrangements in Kerala. 150 members of the team will carry out a mock drill at Kochi International Airport with CISF,State Police, and Fire and Safety Department.

Emigration department has been instructed to scrutinize all the travel documents of the passengers coming from Sri Lanka.

NIA team had received information of the conspiracy of terror team to carry out suicide bombings in Kerala.  Riyas Aboobacker, the arrested IS operative had targeted Thrissur Pooram, new year celebrations at Kochi and various religious functions in the state.

Riyas had revealed that his plan to carry out attacks was postponed due to ‘unfavourable situations’.