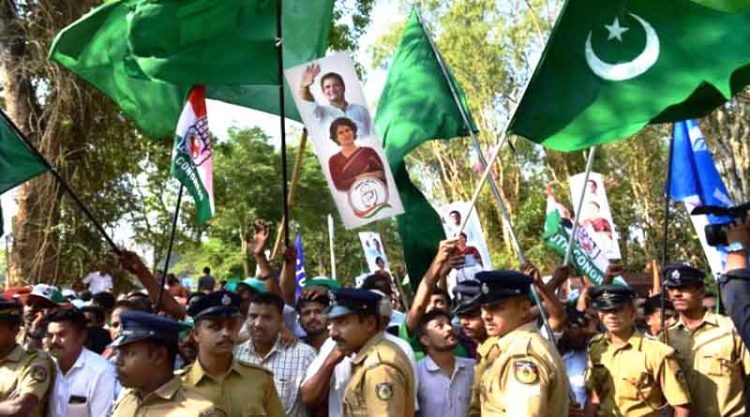 ShareTweetSendTelegram
Muslim League MLA K N A Khader called for the attention of the assembly on Tuesday on the bifurcation of Malappuram district, where Muslims constitute 70.24 per cent of the population. The Muslim League has demanded the formation of a new district partitioning Malappuram district. Muslim League raised the same issue for a second time in the assembly as KNA Khader had submitted a notice last week in this regard. But he had to step back following the dissent from other parties.
However, on Tuesday, Khader submitted a notice for calling the attention of the house after taking Congress-led-UDF on board. The Muslim League has now got the support of the Congress in this regard.
The Muslim league claimed for a new district with Tirur as the capital on account of population. If the Muslim League realises Tirur district, it will get another Muslim-dominated district in the state other than Malappuram.
In his reply to calling attention motion moved by the Muslim League, Industries Minister E.P. Jayarajan rejected the idea and said the suggestion was unscientific and could cause severe social and political upheaval.
Justifying his demand, Khader said, “Malappuram is the most populated district in the State, an estimated 44 lakhs. It has 12 lakh more people than Thiruvananthapuram, the second most populated district in the state. It has 37 lakh more people than Wayanad, the least populated district in the state. We are the only state in the country with more Lok Sabha seats than districts. Even North East states have more districts than Lok Sabha seats,” he said.
The demand for another Muslim-dominated state by bifurcating Malappuram is a long-standing demand of radical Islamic outfits like PFI-SDPI. It is alleged that the claim is aimed at creating new parliament and assembly seats for Muslim political parties. At present, Malappuram has two sub-divisions, seven tahsils and 138 villages. The district is an IUML stronghold; 12 of the 16 assembly seats in the district are now with the UDF. “You will have to do it either today or tomorrow,” Khader said.
In fact, it was the Left government under CPM leader E M S Namboodirippad that carved Malappuram district out of Kozhikode and Palakkad districts based on religion in 1969. Malappuram is the most populous district in the State and has the highest birth rate and population growth among all the districts. As per official census 2011, Muslim are majority in Malappuram state. While Muslims constitutes 70.24% of Malappuram population, Hindus are only 27.60 per cent.
Tags: MalappurambifurcationMuslim League
ShareTweetSendShareShare