“Today’s message is to unify, come together and live together”, PM Narendra Modi on SC verdict on Ram Janmabhumi 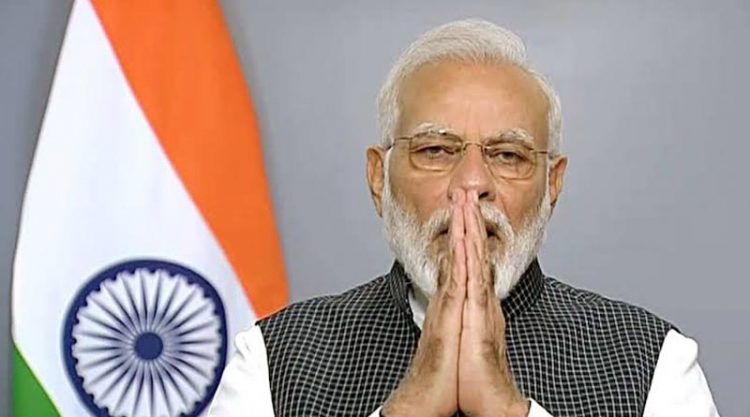 ShareTweetSendTelegram
PM Modi addressed the nation today after the historic verdict on Ram Janmabhumi was delivered by the Supreme Court earlier in the day. In a televised address, PM said that the Supreme Court has ruled on an important case, behind which there is a history of hundreds of years. The whole country wished that the matter should be heard every day in the court, which took place, and today the verdict has been delivered, he said.
He further said that after the verdict was delivered, people of every section, every community, and every sect, of the whole country accepted it with an open heart. This has been the culture of India and today’s acceptance of the verdict indicates the same. This sense of harmony reflects the ancient tradition of Bharat.
Today is also a golden chapter in the history of the judiciary in India. During the hearing, in this case, the Supreme Court heard every side, listened very patiently and gave a unanimous verdict. The Supreme Court has shown strong will behind this verdict and therefore, the Chief Justice, other judges and the entire judiciary of the country are to be congratulated, said PM Modi.
Talking about the importance of this day, he said that with the verdict on Ayodhya, this day of November 9 has given us a lesson to move forward together. Today’s message is also unified, come together and live together. Fear, bitterness, and negativity have no place in New India. This verdict of the Supreme Court has brought us a new dawn. This issue may have affected many generations, but after today’s verdict, we have to make a resolution that now the new generation will start building a new India. As a society, every Indian has to work by giving priority to his duty and his responsibility. The harmony between us, our unity, peace, are very important for the development of the country.
Tags: #Ayodya verdict#PM#Ramjanmaboomi
ShareTweetSendShareShare