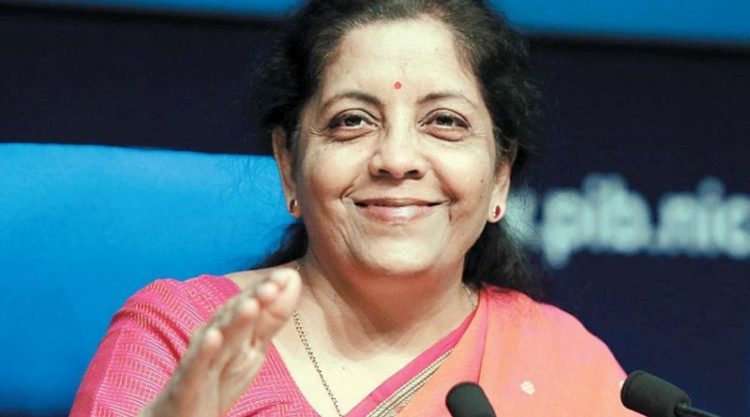 Nirmala Sitharaman a newcomer on Forbes has been ranked as the 34th most powerful woman in the world on Forbes’s ‘The World’s 100 Most Powerful Women’ list. It must be noted that the Finance Minister has been ranked ahead of Queen Elizabeth II who is on the 40th spot and US President Donald Trump’s daughter and advisor Ivanka Trump, who is on the 42nd spot. Sitharaman has also served as the country’s defence minister. Sitharaman is the first female to hold the portfolio full time.

Nirmala Sitharaman has also been placed ahead of Jacinda Ardern, New Zealand’s Prime Minister. The ranking of the finance minister ahead of some of the most noteworthy leaders and personalities in the world is a nod to India’s rising power globally.

The Forbes 2019 list of The World’s 100 Most Powerful Women’ has been topped by German Chancellor Angela Merkel, followed by President of the European Central Bank Christine Lagarde in the second spot and Speaker of the US House of Representatives Nancy Pelosi, ranked third. Also on the list is Bangladesh Prime Minister Sheikh Hasina (29).

In 2019, women around the globe took action, claiming leadership positions in government, business, philanthropy, and media. These trailblazers are not to be messed with, Forbes said.

Nadar Malhotra is ranked 54th on the list. As CEO of HCL Corporation, she is responsible for all strategic decisions for the $8.9 billion technology company. Malhotra is also the chairperson of the company’s CSR Committee and is a trustee of the Shiv Nadar Foundation, which is focused on education and has established some of India’s top colleges and schools, Forbes said.

Mazumdar-Shaw, ranked 65 on the list, is India’s richest self-made woman and founder of the country’s largest biopharmaceutical firm Biocon in 1978. Biocon has successfully forayed into the lucrative US biosimilars market, catching the attention of investors and it also became the first company to gain approval from the USFDA for two different biosimilars of drugs used in certain cancer treatments.

Referring to Pelosi’s recent “Don’t mess with me remark to a reporter, Forbes said that could be the mantra for just about every one of the Forbes 100 Most Powerful Women.

“The top-ranked woman for the ninth year in a row, German Chancellor Angela Merkel, is crusading against anti-immigrant sentiment in Europe; Taylor Swift is battling industry stalwarts and private equity firms over musician song-ownership rights, and 16-year-old environmental activist Greta Thunberg one of 23 newcomers to the list is fighting inaction on climate change and galvanizing millions of young people around the globe.