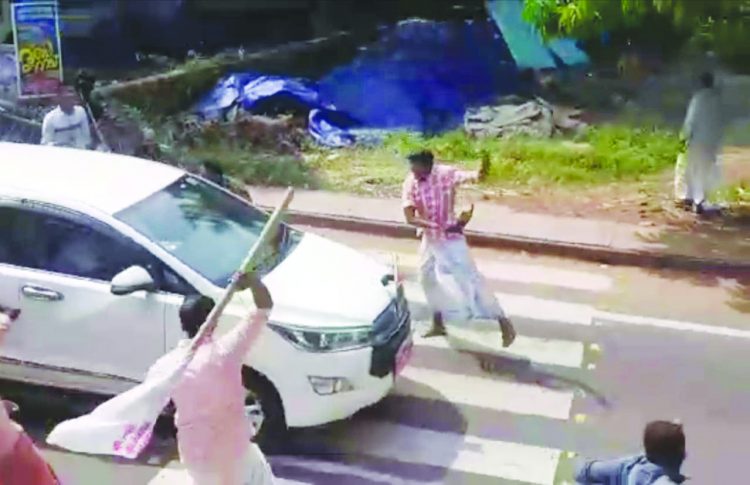 Kannur: DYFI attack on Karnataka Chief Minister BS Yeddyurappa. Yeddyurappa arrived in Kerala yesterday to conduct a darshan at temples including Guruvayur. DYFI activists attacked him when he came to the Thiruvarkat Bhagavathi temple at Madaiyakkavu in Kannur. DYFI activists attacked the vehicle of Yeddyurappa. Activists hit the vehicle. Reports say that the chief minister escaped due to the timely intervention of his driver. There are allegations that there were no security precautions on the part of the police, in advance. In Pazhayangadi, DYFI activists and youth congress activists blamed the Chief Minister of Karnataka. Earlier, the police had arrested Youth Congress activists for displaying black flag against Yeddyurappa at the Guruvayur temple.