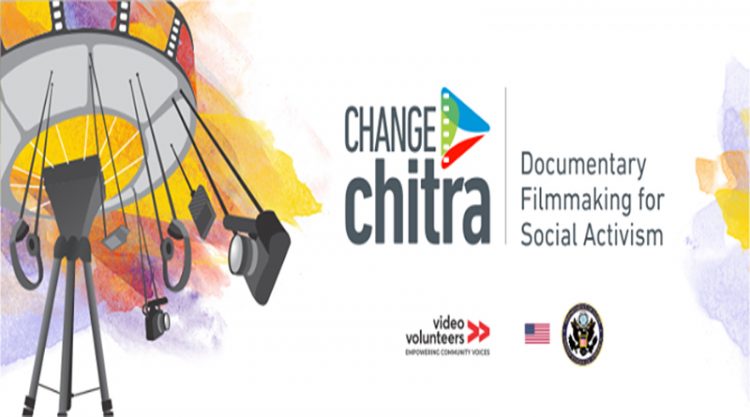 Some of the films at the festival are on ‘communal riots’, mocking ‘Swachh Bharat’, showcasing Hindu women as oppressed, falsification of caste dynamics in India, deriding the Family system and ‘Kashmir Issue’. With US Consulate offices providing space for such movies, they are being a part of the anti-India exercise.

In its letter, the LRPF has provided details of the group called ‘Video Volunteers’ which has consistently followed an anti-India narrative. While its official handle @videovolunteers has tweeted calling for #FreeKashmir, its website www.videovolunteers.org has short films on ‘Kashmir Issue’ which show the Indian government and military in a poor light. Such films are capable of creating communal tension in the valley, says LRPF.
Apart from anti-India content, the group is also anti-Hindu. Its agenda is clear when in the same short film mentioned above, it blames the Amarnath pilgrims for the shrinking of Dal Lake and the rise in pollution. “Such propaganda is intended to create hatred and enmity in the minds of Kashmiris for Amarnath pilgrims.”, says the LRPF letter. It is not clear whether the films that are proposed to be exhibited in the festival have been certified by the Central Board of Film Certification.
The Video Volunteers website has published many articles about the situation in Jammu & Kashmir post abrogation of Article 370, which do not portray the actual ground reality. Some of the videos showcase Kashmir as being under forced Lockdown and disseminates false information on Article 370 and the situation in the valley.
The same video has been hosted on their website at https://www.videovolunteers.org/ground-reports-on-kashmir-lockdown-2/ where the report states ‘As people in Kashmir are still waiting in chaos and hope, for the government’s resumption, the mayhem continues.” The government of India has made it clear that the curfew was temporary to desist terrorists from taking advantage of the situation and that it would be relaxed in a phased manner, as it has happened. Yet, Video Volunteers maintain the same narrative pushed by Pakistan and other anti-India forces.
Details of Change Chitra which can be read here https://www.videovolunteers.org/changechitra/ makes it clear the most of the films to be screened are with an agenda of showing India and Indian society in poor light. Some of the films at the festival are on ‘political turmoil and communal riot’, mocking “Swachh Bharat” and Open Defecation Free program, showcasing Hindu women as being oppressed, falsification of caste dynamics in India, deriding the Family system and ‘Kashmir Issue’. The website has a tab dedicated to ‘Caste’ which has several contents that are aimed at dividing the Hindu society.
With US Consulate offices providing space for such movies, they are being a part of the anti-India exercise. “Public exhibition of such videos by the U.S. Consulate Generals’ offices for Indian citizens in India, amounts to interference by a foreign power in the internal affairs of India.”, says LRPF letter. Clearly, the intention of Video Volunteers is to create unrest in society and to strengthen breaking Indian forces. It appears that such groups which are trying to create social unrest in India are being actively supported by foreign governments, writes LRPF.
It also alleges that Ms. Jessica Mayberry, a US citizen who is also the Founding Director of the Video Volunteers group, has been working actively in the Slums and other interior areas of India. Her bio on LinkedIn https://in.linkedin.com/in/jessica-mayberry-9756114 reveals her agenda. Her ‘About’ says she is committed to ‘democratising the media and promoting development and human rights’.
The LRPF letter signed by its Working President AS Santosh to the MEA, HM, and MI&B, urges them to look into this matter and take necessary action in the matter to protect our national interest.
ShareTweetSendShareShare