CPI(M) Central Committee wants women entry into Sabarimala: Not happy with Ministers who backtracked from the party line 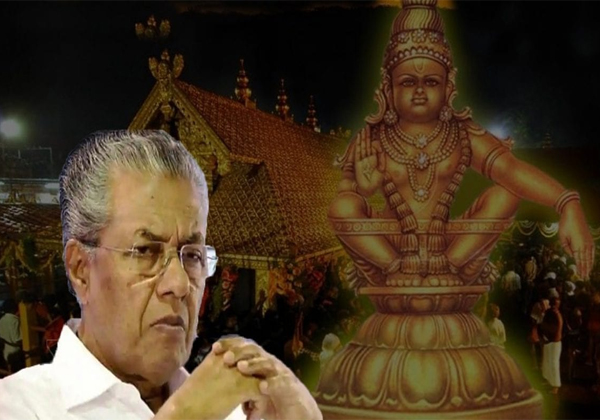 Thiruvananthapuram: CPI(M) has reiterated its support for women entry into Sabarimala in violation against ancient traditions. The Central Committee of the communist party said that it opposed the Supreme Court’s decision to leave the 2018 verdict to a larger bench. According to the 2018 verdict, the Supreme Court allowed women to enter the holy shrine.

The party made its stand clear at the political report tabled during the central committee meeting held in Thiruvananthapuram last month.
The report reads, “This decision of the larger bench does not help in upholding the 2018 verdict. The CPM remains steadfast on its stance for gender equality in all sectors.”

After the 2018 verdict of the Supreme Court, there were widespread protests from the Hindu community. However, the CPI(M) leadership tried to forcefully enter women into the Sabarimala citing the Supreme Court’s verdict.

Many women activists tried to hog the limelight by demanding police protection to enter Sabarimala. However, the devotees blocked every attempt and prevented any violation of the traditions. The CPI(M) led government tried to stifle the mass Hindu protests by a violent crackdown on the peaceful protesters.
During the Lok Sabha elections in 2019, the Hindu community made sure that the CPI(M) and its allies fail miserably at the polls. The left front could only muster one win out of 20 seats in Kerala.

When the Supreme Court decided to leave the verdict to a larger bench, Devaswom Board Minister made a backtrack and did not support women entry into Sabarimala and declined police protection for those women trying to enter the shrine. This decision helped the party gain political dividends in the by-elections.
However, the central committee’s decision shows that the party still wholeheartedly supports women entry to the abode of Lord Ayyappa in violation of traditions. The CPI(M) seems to want the votes of the Hindu community but is dead against the culture and traditions of the community.