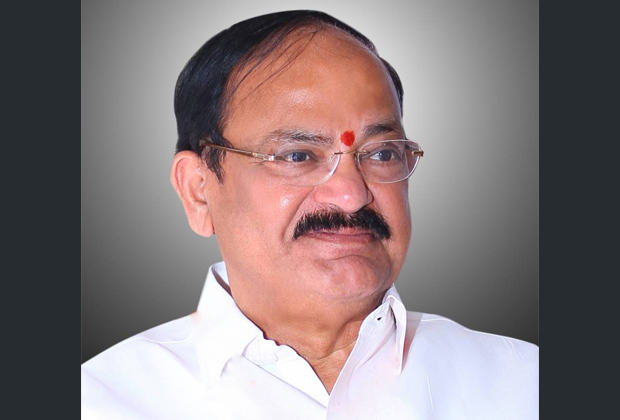 As the nation marks the National Panchayati Raj Day today, there is a need to examine the extent to which the goal of providing effective self-governing units at the grass-root level has been achieved.

Are the Panchayati Raj Institutions (PRIs) enjoying fully decentralized powers with adequate three Fs –finances, functions and functionaries? These and other questions remain relevant even as the institutionalization of the Panchayati Raj bodies completes 27 years.

Undoubtedly around 2.5 lakh Panchayats, the cornerstone of the decentralized governance structure at the grass-root level, are playing a pivotal role in strengthening the foundation of democracy in the country. However, our experience so far shows that lot more needs to be done to make them self-reliant village republics as envisaged by the Father of the Nation, Mahatma Gandhi.

All provisions of the 73rd Constitutional Amendment need to be implemented in letter and spirit for the PRIs to play a meaningful role in the development process. While some states have complied in devolving 3Fs to local bodies, other states need to complete this process. Otherwise it will defeat the very purpose of this landmark legislation.

I must compliment Odisha Chief Minister, Shri Naveen Patnaik for recognizing the sheet anchor role sarpanches can play in the fight against the COVID-19 pandemic and vesting them with powers of District Collectors in their respective jurisdictions. I am sure, in other parts of the country too, the Public Representatives of PR bodies will be at the forefront in preventing the spread of virus and helping the needy during this crisis.

It should be remembered that local self-governance has been an integral part of Indian society since time immemorial. Vedas mention a number of self-governing units such as Sabha, Samiti and Vidatha.

Mahabharat, Kautilya’s Arthashastra and Jatakas indicate that Village assemblies enjoyed a measure of autonomy and played a very crucial role in the village life. They were important pillars of socio-economic fabric of ancient India.

Panchayats as we see them in their present form and structure came into existence during late Shri P.V. Narasimha Rao’s tenure as the Prime Minister. On this day, 27 years ago, the Panchayati Raj system was institutionalized through the Village, Intermediate and District level Panchayats.

Seeking to empower rural local bodies financially and politically, the 73rd constitutional amendment stipulated transferring 29 items to local bodies. It also sought the setting up of state election commissions and finance commissions, reserving one-third seats for women and in proportion to their population, for SCs and STs in all three tiers, apart from forming Gram Sabhas with people’s participation.

In fact, the 73rd constitutional amendment gave effect to Article 40 of the Constitution, which is part of the Directive Principles. It mentions that the state shall take steps to organize village panchayats and endow them with such powers and authority as may be necessary to enable them to function as units of self-government.

Although PRIs have emerged as an important medium of de-centralized development and planning in India, several challenges continue to hamper them from becoming the vanguard of grass-root democracy.

The 73rd amendment had only created broad framework of local self-governing bodies and left the decision of delegating functions and powers to the state legislatures. It is mandatory for the states to implement provisions like the setting up of state finance commissions and holding regular elections to Panchayats every five years through an independent state election commission. However, other provisions like granting financial powers and authority to Panchayats and reserving seats for backward classes fall in the domain of the states.

Apart from empowering, the elected bodies should be vested with supervisory powers to monitor and execute schemes. The funds allocated to local bodies should go into the accounts of Panchayats, municipalities and corporations. Money should be spent in accordance with the resolutions of the respective bodies and not by other agencies or state development authorities.

I also feel there is a need to delineate the roles and responsibilities of Panchayats with greater clarity. For instance, the 11th Schedule lists Agriculture among the 29 items within the purview of the Panchayats. Agriculture by itself is a vast subject. Perhaps, it would greatly facilitate panchayats to play a more effective role if the areas of agriculture vis-a-vis their responsibilities are well defined.

Another important issue is to see the Panchayati system not becoming Sarpanch centric. The Gram Sabha was envisioned to be the focal point of this novel experiment at grass-root democracy. The meetings of the Gram Sabha are meant to be held regularly with active participation from the villagers. Their involvement should not be limited merely to elect Sarpanch and cast votes once every five years.

Democracy would be more meaningful and robust when people participate in governing their own affairs responsibly at the grass-root level – — in the true spirit of Gandhi Ji’s Gram Swaraj. For Gandhi Ji, the ideal governance structure was the responsive, people- centric, just and caring state exemplified by the kingdom of Lord Rama. Within this concept of Rama Rajya was embedded the concept of Grama Rajya or Village-self government.

Greater involvement of the people in Panchayat activities is needed to inculcate a feeling of ownership in them. Giving importance to committee systems in Gram Panchayats is essential for their vibrant functioning. They should not be allowed to function in an ad-hoc manner. Inclusion of gram sabha members in various Panchayat committees such as on education and cleanliness will give greater fillip to transparency in the functioning of these institutions.

Similarly increasing the role and resources of the District Planning Committees would be a positive step in bringing the concept of de-centralized development planning closer to masses.

While the Act stipulates reservation of one third-seats of PRI office bearers for women, some states have increased this to 50 percent, which is a welcome development. This is expected to bring social and economic transformation through women’s empowerment. However, there are some instances where women sarpanches have been reduced to rubber stamps with male members of their families acting as de-facto Sarpanches. This unhealthy trend should not be allowed. Women should be made aware of their rights and empowered through reservations.

It is vital to impart proper training on a gamut of issues to Panchayat functionaries at all levels. This will enable them to understand political, legal and economic processes in a better manner, which in turn will make PRIs more productive and vibrant. Compilation of good practices from all over the country and making them available in local languages would greatly help all PRI functionaries.

I am confident that with adequate devolution of funds, functions, functionaries and focused economic planning, Panchayats can become vibrant hubs of self-reliance in different sectors. This in turn would help to stem the migration of people from villages to cities in search of better livelihoods. Thus, efficient self-governance at the grass-root level can pave the way for attaining ‘Ram Rajya’ through ‘Gram Rajya’.