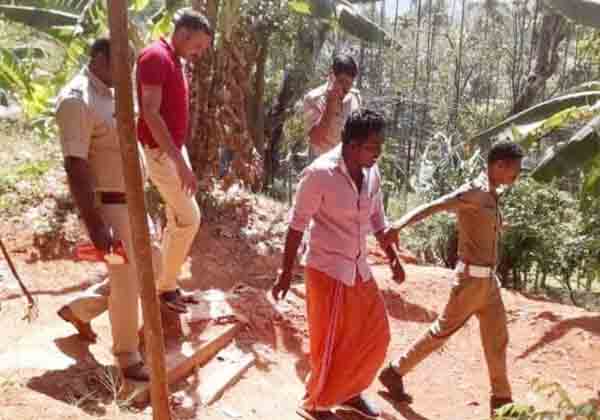 Kerala Police, on September 17, informed the High Court of Kerala that it has deleted a post from its official Facebook page after Sreejith Raveendran, an RSS worker from the tribal area of Agaly approached the High Court seeking removal of the derogatory post against him.

On February 26th, the Kerala Police had posted a message on its official Facebook page about the arrest of Sreejith for “spreading communal hatred through social media”. An FIR was registered against him under Section 153A of the Penal Code, based on a complaint by a local DYFI leader. Sreejith remained in custody for 20 days, till the High Court granted him bail.

A day before his arrest, Sreejith had streamed a live video expressing his opinion about the anti-CAA protests at Shaheen Bagh. On the same day, he deleted the video after he received numerous threat calls, including from Gulf countries.

While announcing his arrest, the Kerala Police posted a ‘troll’ video containing the visuals of his arrest and mocking and caricaturing him using scenes from a Malayalam movie. The video went viral, with over a million views and more than eighty thousand likes. Kerala Police was hailed by media for the arrest and the Facebook post. ‘The Week’ carried an article with the title “Watch: Kerala police arrest ‘RSS worker’ for hate speech on Delhi violence; troll him in video”, ‘The News Minute’ carried an article with a headline, “Kerala man in video threatens anti-CAA protesters, cops announce his arrest in style” and the ‘NDTV’ reported with a headline, “Kerala Cops Share Parody Video Of Man Arrested For Hate Remark As Message”.

Sreejith approached the High Court through his lawyer Arjun Venugopal seeking removal of the Facebook post and demanding Rupees Ten Lakhs as compensation from the state government for violation of his right to privacy. Sreejith has contended that Kerala Police has no power to publish the visuals of his arrest and ridicule him. He has also contended that he was targeted because of his caste and ideology.

Kerala Police’s official Facebook page was recently in news for being India’s most ‘liked’ Facebook page among all police forces, having garnered 1 million likes, more than even the NYPD. The page is notorious for its politically coloured posts targeting right-wing groups. During the Sabarimala agitation, a post calling for the lynching of ‘devotees’ had to be deleted after protests.

The post against Sreejith was removed by Kerala Police even before his case was taken up for admission, to avoid an adverse order from the court. The High Court has admitted the case and has directed Kerala Police to answer the claim for compensation.